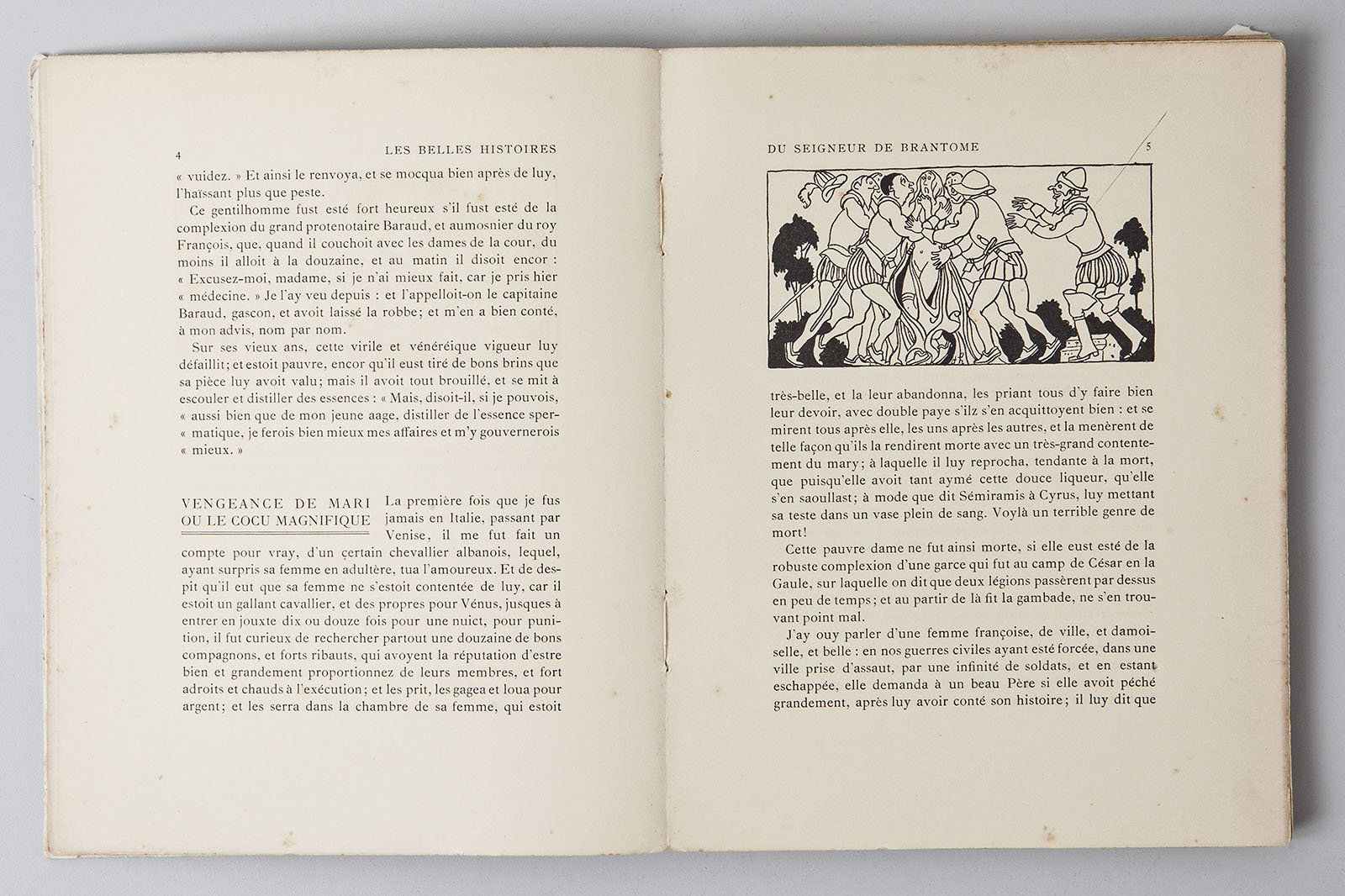 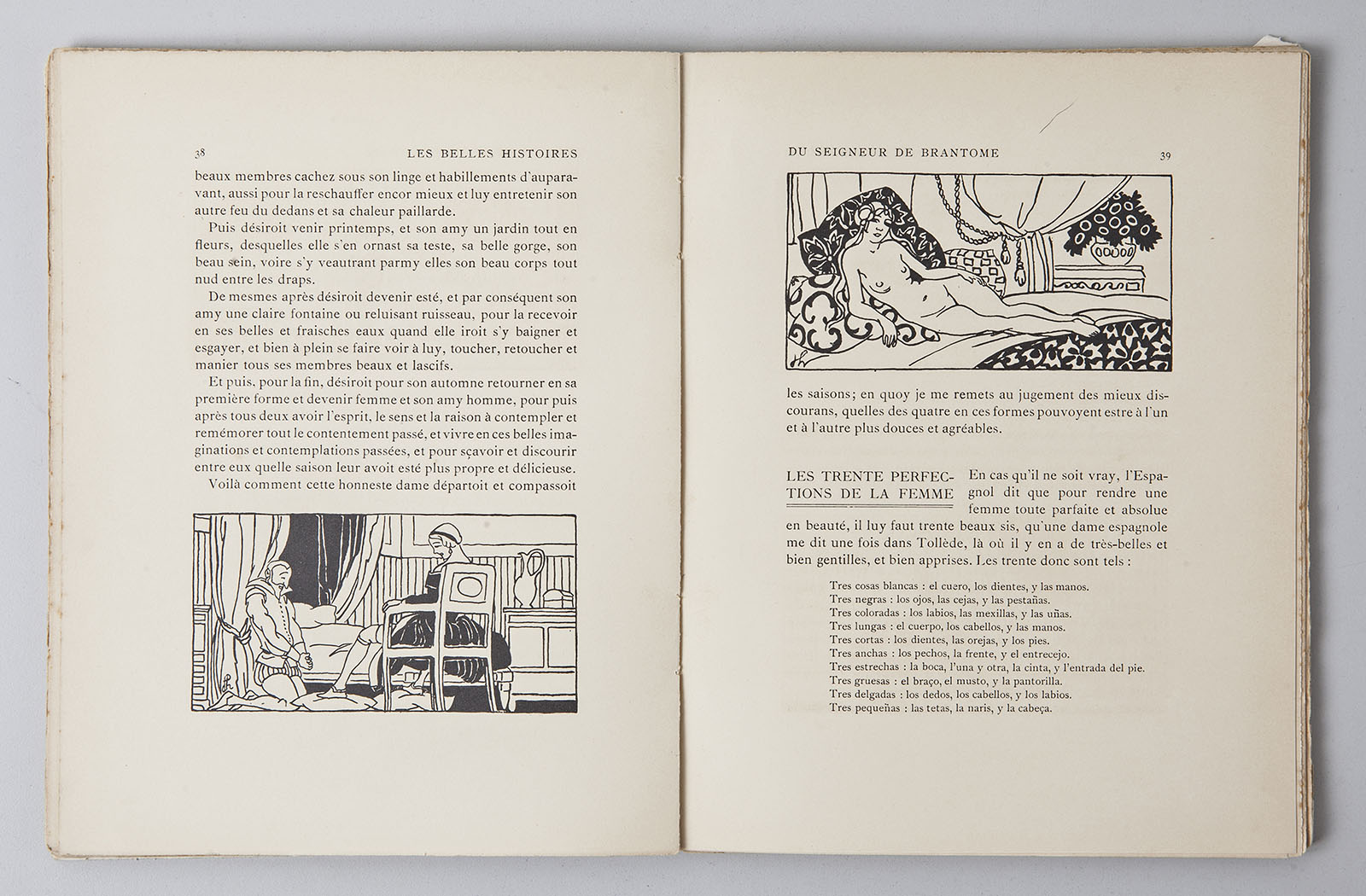 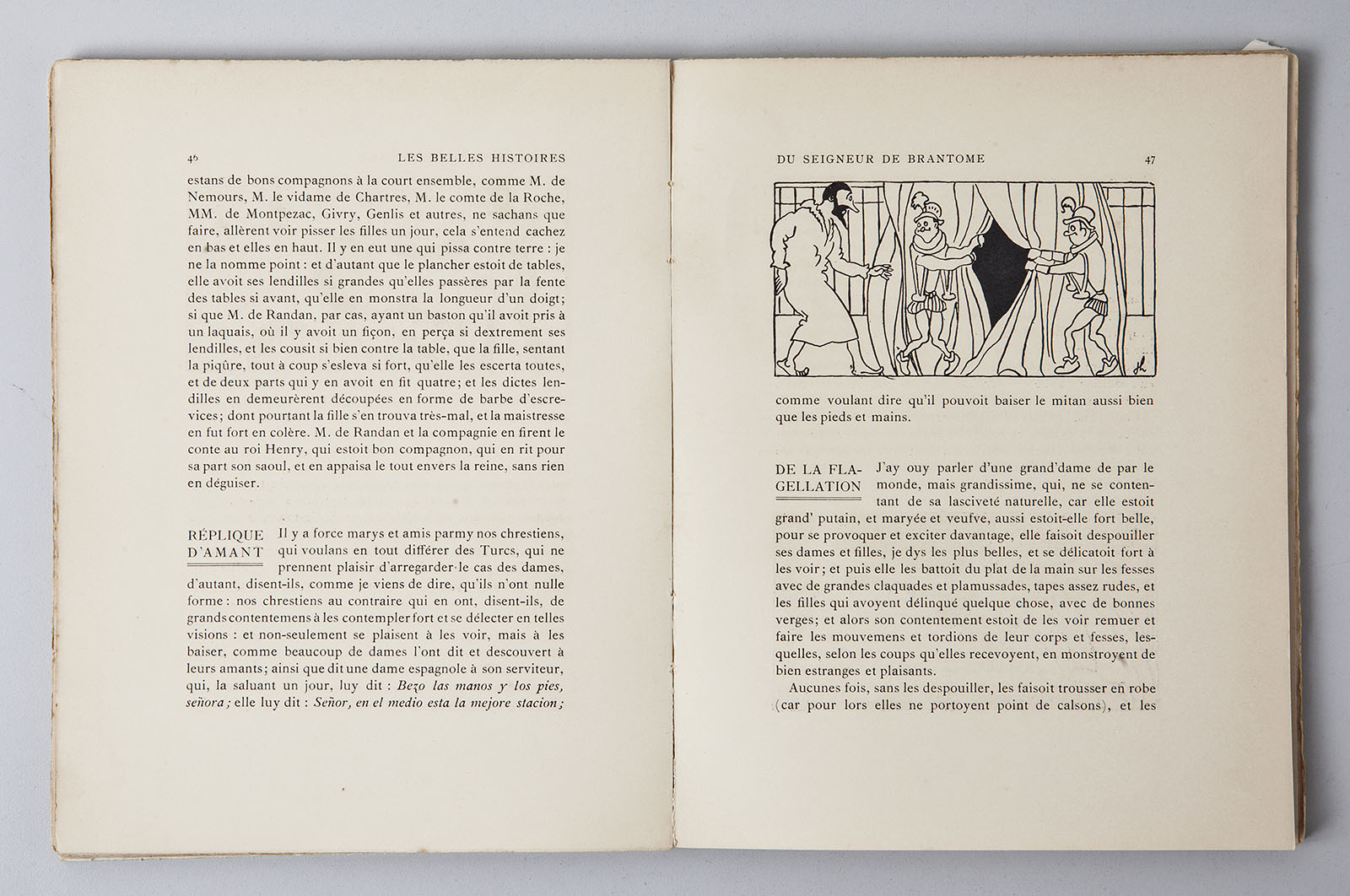 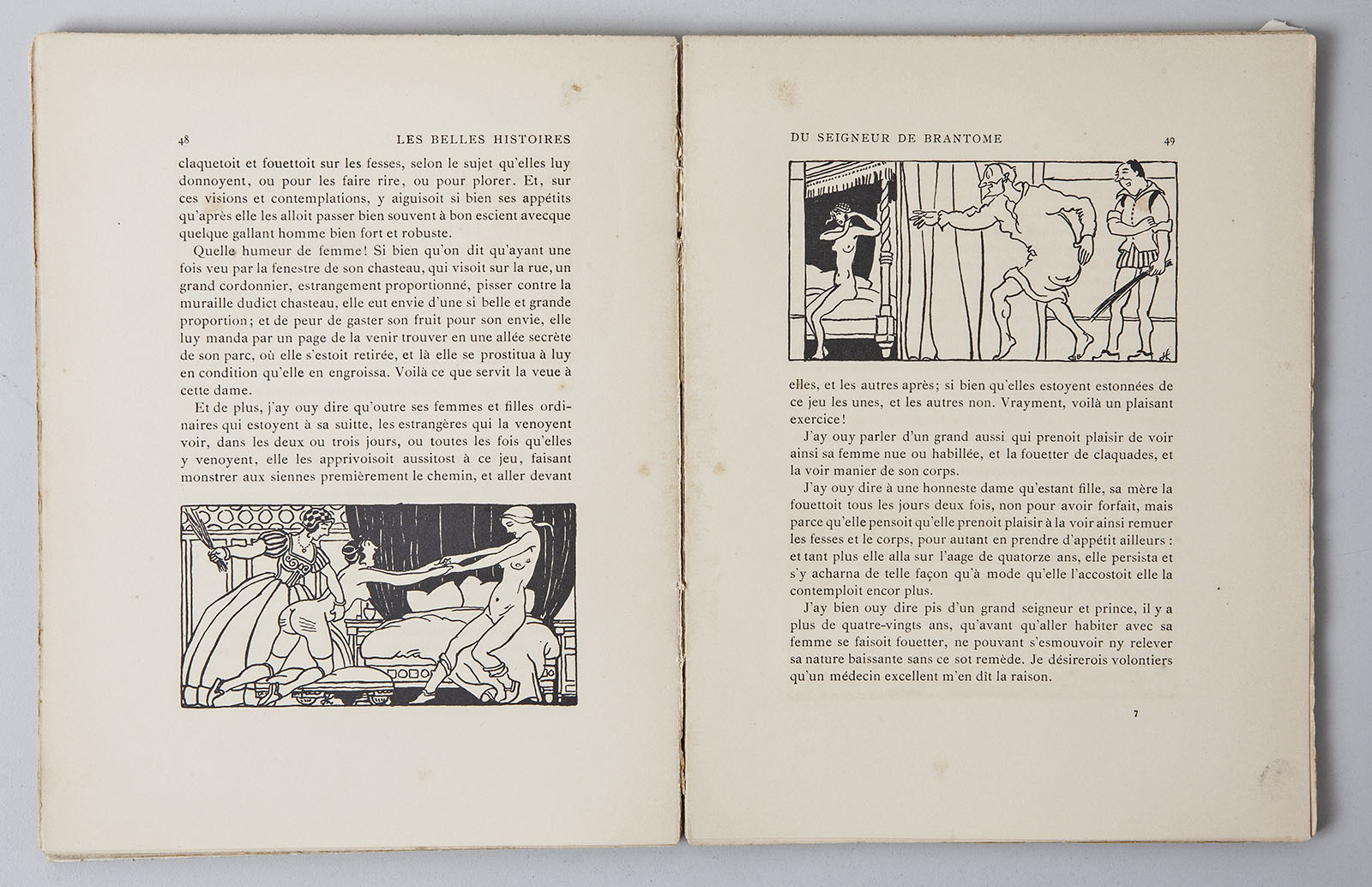 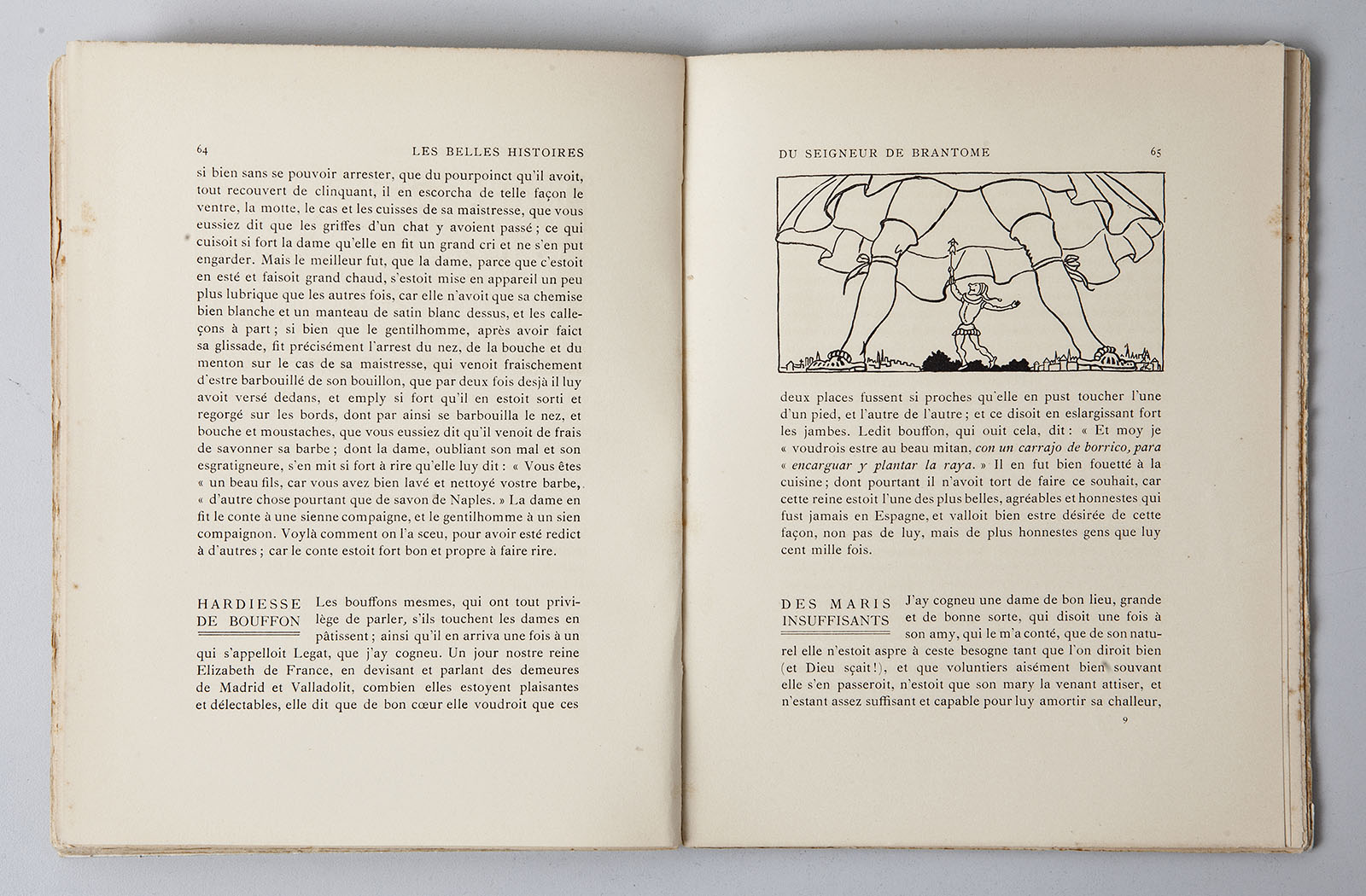 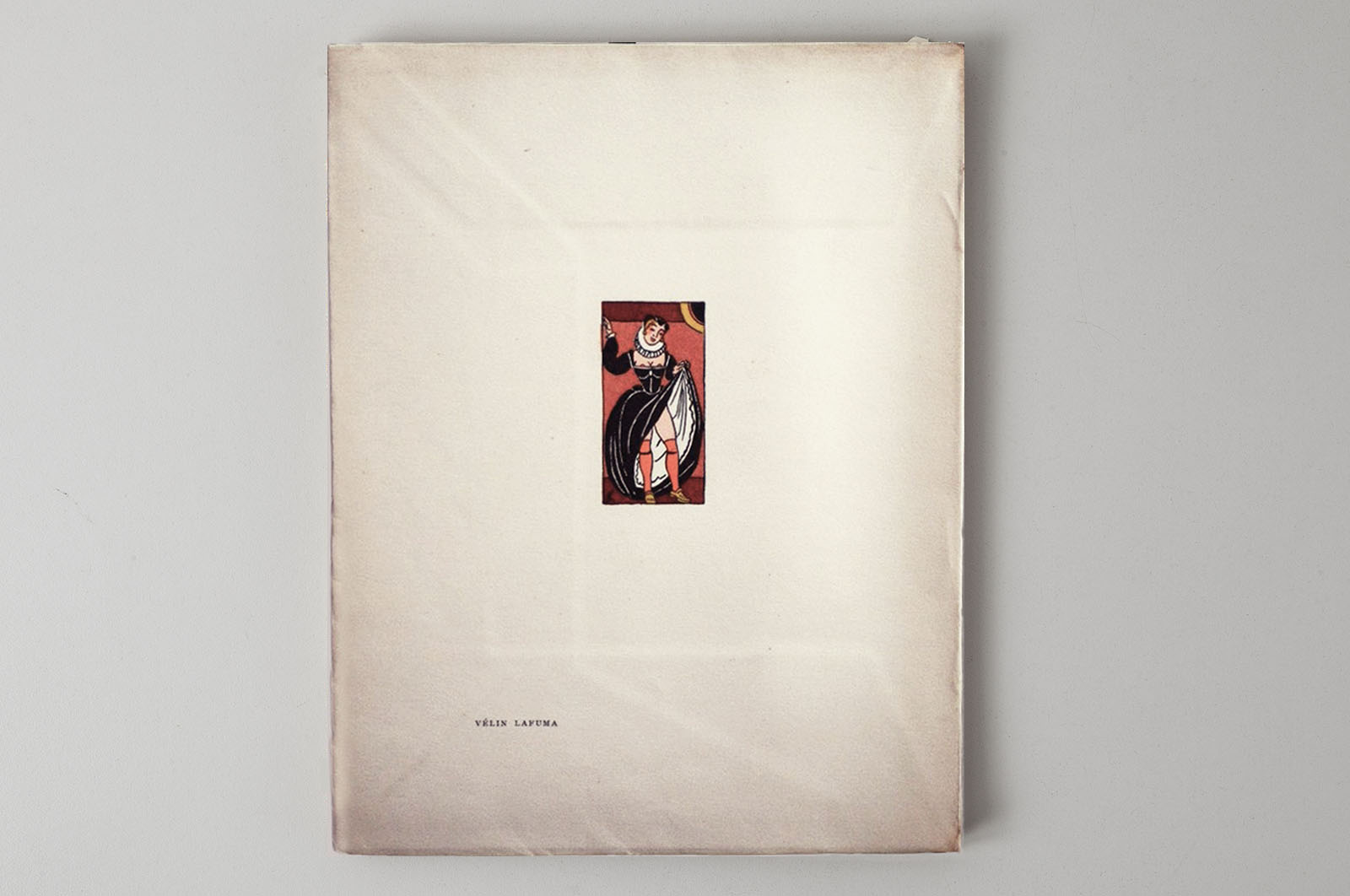 We extend special thanks to El Buscón bookshop, located in Paseo Las Mercedes in Caracas, for allowing us to photograph this publication.

Pierre de Bourdeille, seigneur de Brantôme, also known as Abbot of Brantôme, was a multifaceted military man and French writer born in 1537 who participated in the Wars of Religion of France. After his retirement, following the fall from a horse, he devoted himself to writing his memoirs, as well biographies of illustrious people he had met. Although Brantôme could scarcely be considered a historian, he was a chronicler of his century, whose work, published posthumously, possesses a vivid vision of his time. He died in 1614 in the Castle of Richemont in the French Dordogne. His life as a military man and a gentleman close to the court inspired the film Dames galantes (1990), directed by Jean-Charles Tacchella. 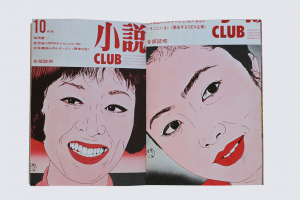