American poet and visual artist Jen Bervin made (which is more than «wrote») this work of poetic recomposition from the sonnets of William Shakespeare. Here we show flashes of the singular beauty of this appropriation exercise, which is meant to be seen, read, and touched (its cover is engraved). Nets is a puzzle for the willing and the unwilling. Nets is a verbal topography where Shakespeare appears dressed as a ghost. In this palimpsest, the ancient writing has not been erased, instead resembling a «voice-over» of which Bervin chooses certain phrases to put together her own poems. Writing is a rewriting, always. This book of poems leaves proof of that crime on each page (?).

In the words of Paul Auster: «Jen Bervin has reimagined Shakespeare as our true contemporary.» This new Quickie –a series of scans of publications that move us–, is a greeting to the convergence of poetry and art. Nets was published in 2004 by independent publisher Ugly Duckling Presse, and this edition, of which we offer fresh images, is from the eighth one (2014).

I stripped Shakespeare’s sonnets bare to the «nets» to make the space of the poems open, porous, possible-a divergent elsewhere. When we write poems, the history of poetry is with us, preinscribed in the white of the page; when we read or write poems, we do it with or against this palimpsest. -Jen Bervin 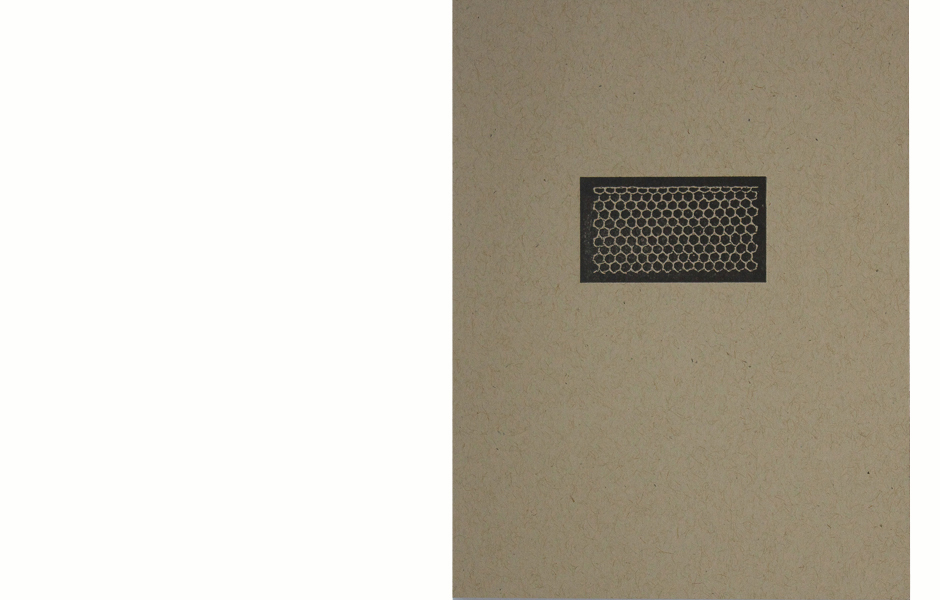 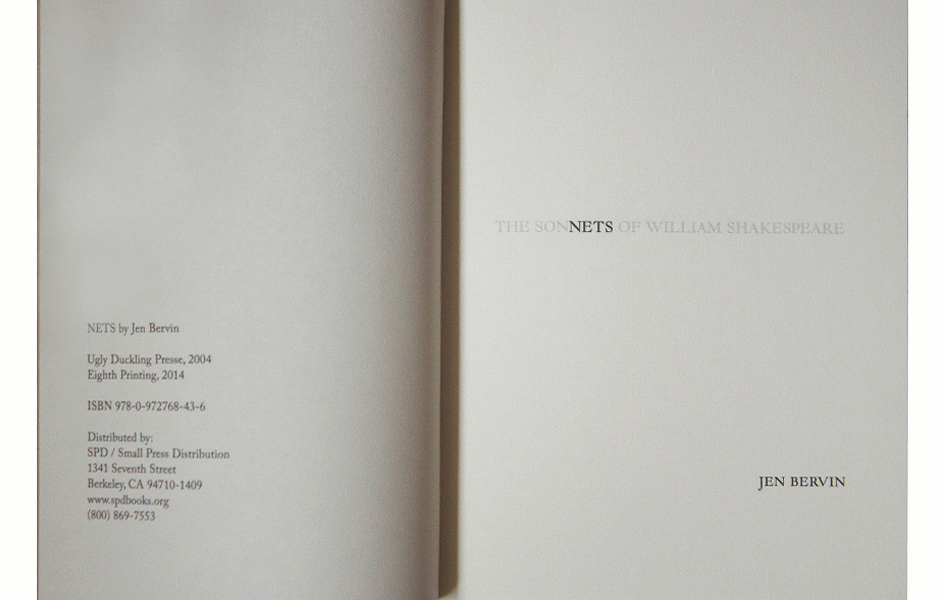 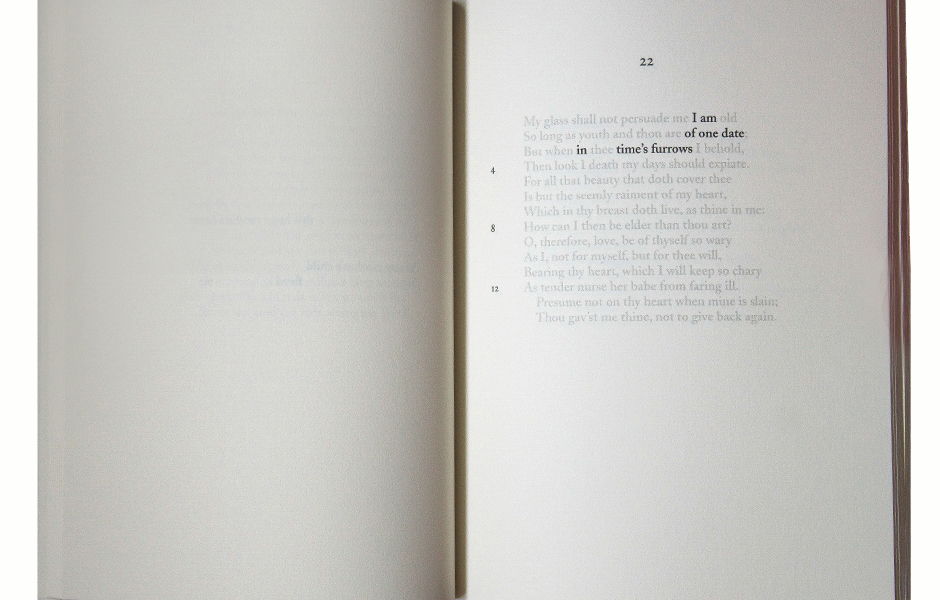 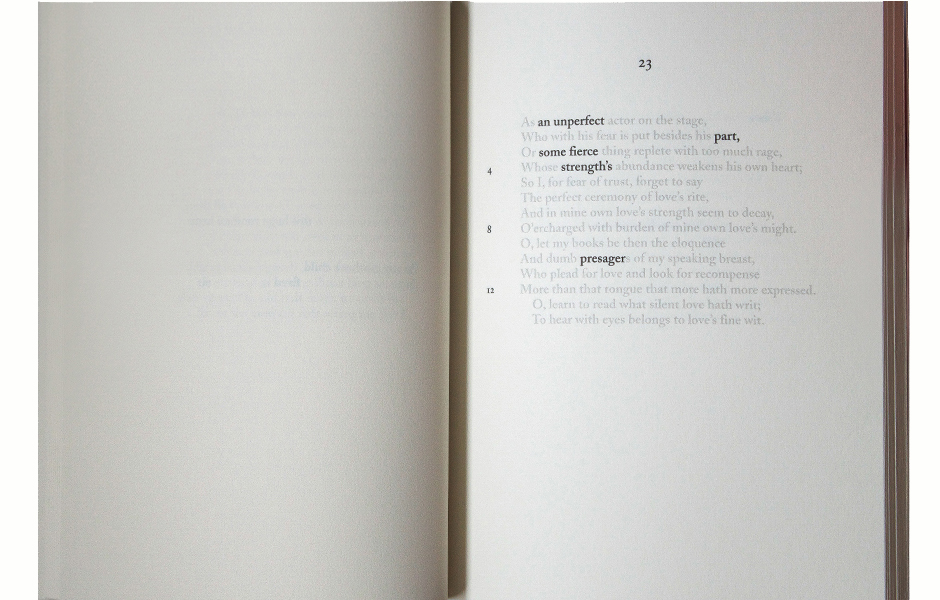 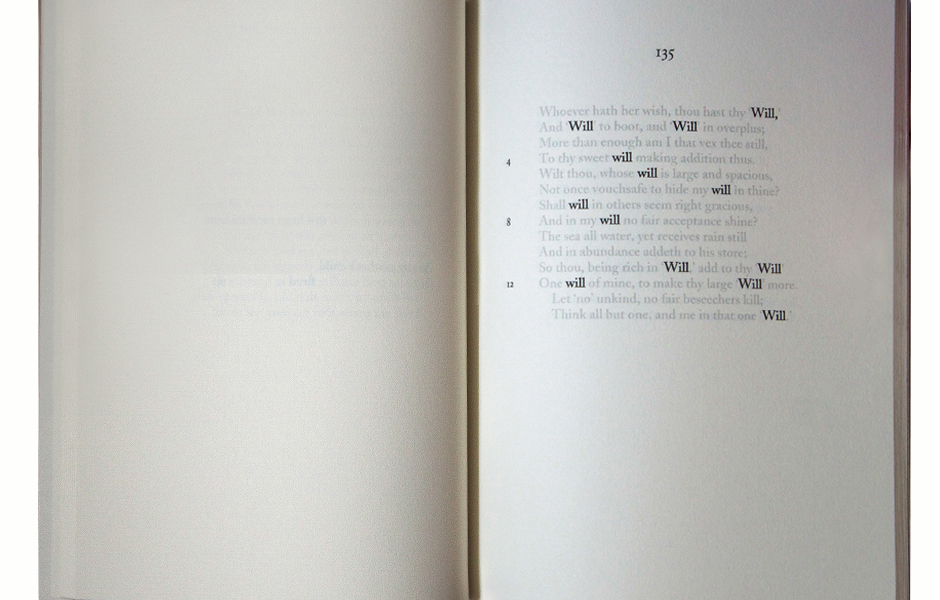 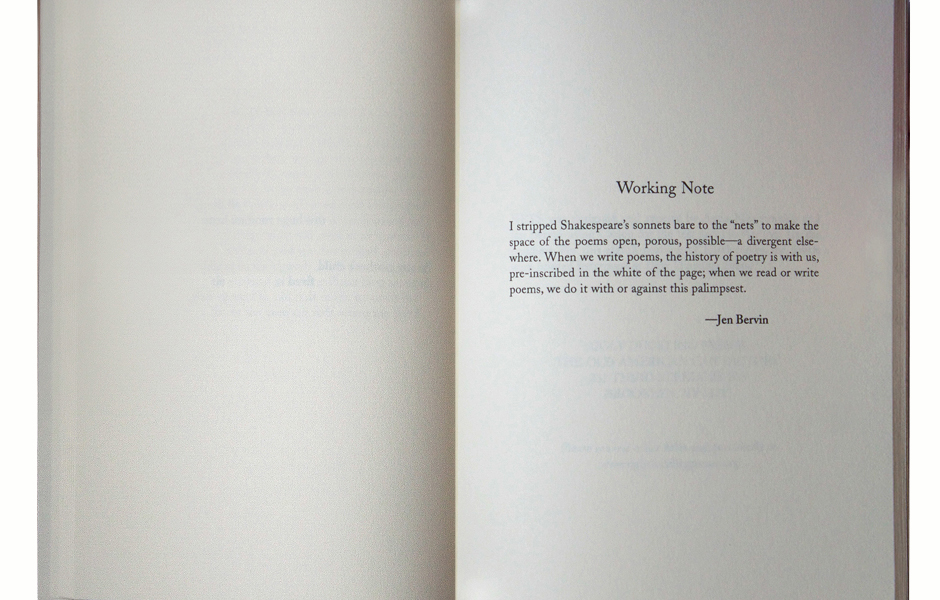 The work of the poet and visual artist Jen Bervin brings together text and textile in a practice that involves poetry, artist’s books, large-scale art, and archival research. Her books of poetry/art include The Dickinson Composites (2010), The Silver Book (chapbook, 2010), The Desert (2008), A Non-Breaking Space (2005), The Red Box (2004) and Nets (2004). Her work has been exhibited at the Walker Art Center and the Wright Exhibition Space, and is part of various special collections such as The J. Paul Getty Museum, Stanford University, Bibliotheque National de France, among others. She has taught at Vermont College of Fine Arts and Harvard. She lives and works in Brooklyn, New York. 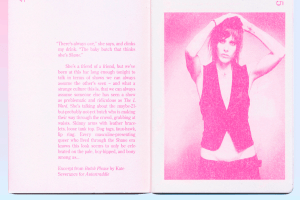