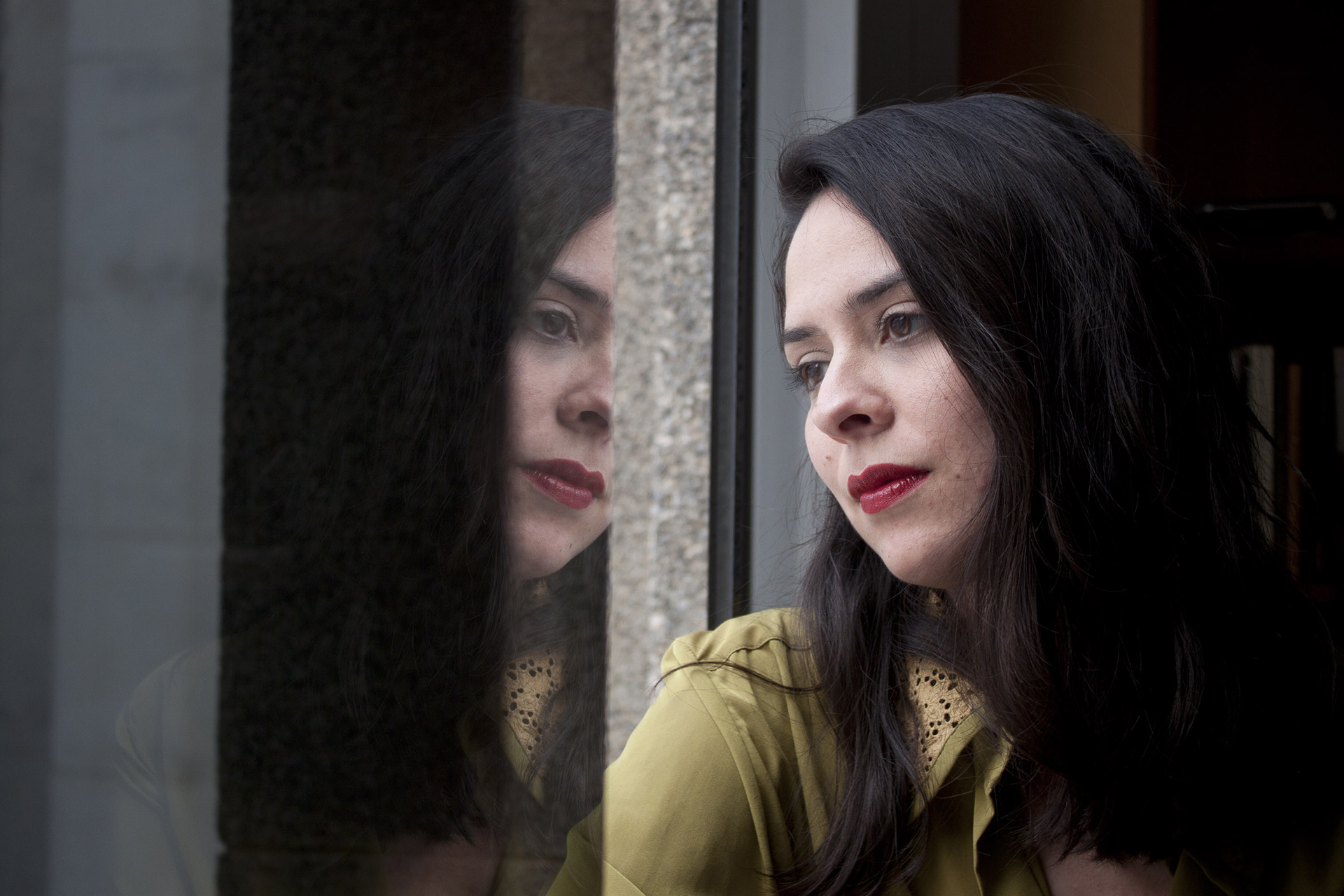 Florencia came to my house. The afternoon light softened over her face. I made organic tea to disguise the heat and so that the movement of shaking ice in the glass would hide any nerves. There is something intimidating when you see someone face-to-face, even if it’s the same person over and over. The woman behind the lens has always seemed like an enigma to me. Florencia is here to share her secrets. 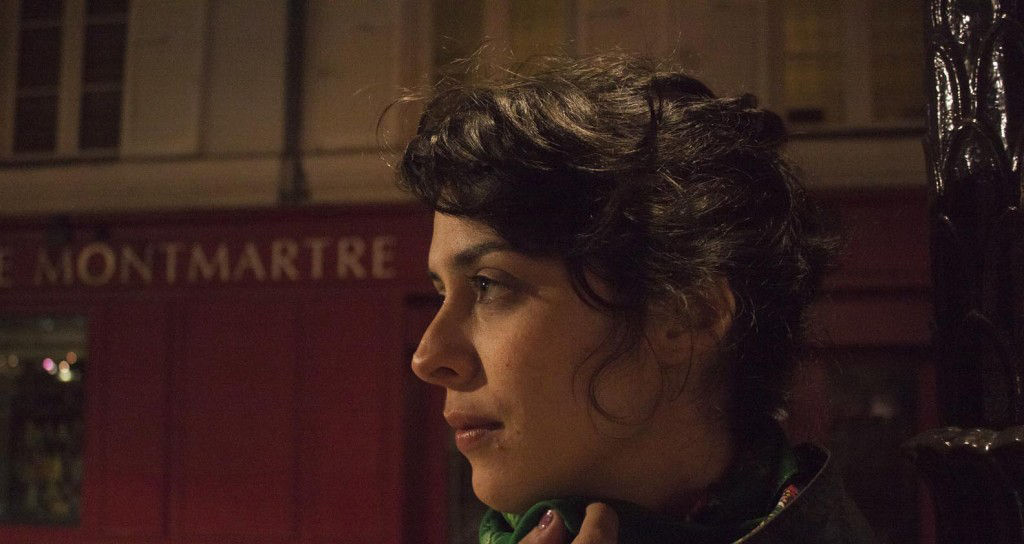 We’d like to get to know the person inside the artist. What worries you?

You’ve caught me off guard, on a day like today when I’m feeling down. Today I feel very introverted and I don’t feel like talking about myself. What if we do it tomorrow with better spirits?

Let’s make an effort, then.

Can I use this?

Yes. It’s difficult for me to speak about my things or my creative processes in an eloquent way, I think that’s why I make photographs. They speak for me.

How were you introduced to photography?

It started as a hobby, I was in school and didn’t really understand its significance. I had artistic inclinations, I guess, and started to study photography. I went into a laboratory and I was able to make analogous copies for the first time. I felt an adrenaline rush at the moment of taking the photograph and waiting for the photograph… I realized then that I really liked it. When I studied graphic design, I continued with it. I was about 17 years old when I began. At the time, I started with documentary photography. We made a trip to Sur del Lago with the photography class; we went to the Bobures settlement, which is the largest group of African American descendants in Venezuela after Barlovento. In this documentary photography exercise, I began to make photography mine by exploring its properties.

After graduating, and needing to materialize my obsession with photography, I went to Argentina.

The photographs that are part of Otras iluminaciones, did you plan them out beforehand?

No. When it started, I didn’t plan them. It was born as something intuitive; many of the things I do always start like that, and later when I realize that intuition is making a path, then I find a base to continue exploring. I already discovered where the current search is going, because one changes and has different ways of searching…and sometimes the search comes from intuition or something pre-determined and accompanied by research. In this case, these photographs had a certain look that started to catch my attention, and I realized that I had some sort of body of work already begun, and I continued down that same line. When I feel like these intuitive things start to structure themselves too much, it bothers me because I feel that I’m giving them too much formality.

We’ve talked about these photographs that seem and don’t seem like they’re part of a travel photo album, but let’s interpret the trip as a tour. If you talk about an exploration, would you adamantly say they’re not about a trip then, or do you consider that there’s a trip in Otras iluminaciones?

The trip is through my eyes; it’s not about traveling or a destination… just as there are photographers who make books about India or about cultures and countries they find where their inspiration flows. For example, Martin Parr and many renowned photographers take trips and create exhibitions focused on other cultures. Otras iluminaciones is not about that. It’s not about feeling foreign elsewhere, it’s not about traveling, it’s about seeing. And it doesn’t matter where you travel or don’t travel to, the observant eye is what always marks this tour.

This attention to small things was the first thing that captivated me when I saw the photographs. Why is there a focus towards the minute or the insignificant?

Because everything that is filled with silence catches my attention. Many of the photographs here have silences, waiting, strength; have absences, have voyages… but not a voyage as a trip for tourism, rather a voyage like a life journey, internal. All these types of situations seduce me because they show how I think, feel, and observe the things around me. Through this silence, this intensity, I also try to separate myself from the rest. I like to separate myself. I’m worried by the estrangement that comes from everything you see.

I feel that these photographs, looking at such particular things, separate me a little and that’s interesting because I’m not the only person. We all have a moment of introspection where we think and look and we separate ourselves from our surroundings. Sometimes we feel unique, particular, existential, so alone… but also such a part of everything like a spider web…

And like a bicycle. It’s that thing that makes up the world, something so peculiar… like the seed, it’s like putting a magnifying glass on life. If you zoom out on the image of the seed and open and open the picture, you’ll find a common situation, which is a hotel room and you lose the specialness. From the unique, we travel to the universal.

It’s focusing on that magnifying glass. It’s not only an aesthetic obsession, I don’t even use a macro lens. I try to get close to things through my natural eye. It’s about abstracting everyday life and bringing in the magnifying glass. That’s what I feel I did with this exhibition.

The Demolición series that you did for the FIA 2012, and which won you third place, is a compendium of photographs of houses in ruins. It also alludes to memory, but it’s a house in ruins. In this series Otras iluminaciones, you have a car in a parking lot, which also seems to be in ruins, a leaf that is drying up, abandoned plastic… like the forgotten traffic cone accentuating the solitude. Being a person who is so attracted by beauty, why do you also seem to be attracted to erosion?

I don’t think one is separated from the other. Visually, I wouldn’t know how to explain why I’m interested by worn out or ruined things, only that I find poetry in them. Demolición, even though it’s very personal because it was my family’s house, where I went many times, where my parents grew up and where I met my grandmother…in spite of all that, I don’t connect the emotional baggage with the work I did with them.

It’s a distancing where I’m exalting the memory of what’s there and the beauty of what remains. Instead of feeling like my mother, for example, who saw these things and felt like crying, because she’s very emotionally connected with the story, as I am…But my perspective has tried to give beauty to those ruins. Visually, I’m interested in the poetry that brings together the things that have survived.

Like a cage that seems to be empty and you propose that the audience fill the emptiness through contemplation. Because you fill it with the photograph or you exhibit it.

I try to fill the emptiness by taking the photo and the audience does it through contemplation and their experience of their contact with the work.

There’s nothing personal about these images?

They’re all personal. Nobody told me what to do or how to do it. Everything is personal. There is nothing that isn’t personal in these images. It’s a natural mandate to capture certain atmospheres.

Can I ask you personal things?

And the two watches?

Due to all the available options in taking photographs today, asking you a technical question will speak to us about your artistic decisions. Why did you use film for this exhibition?

It started intuitively; I work with film and digital. With the digital image, I have optical and aesthetic conflicts. Normally, when I take photographs of my personal work, digital doesn’t satisfy me. But I’m sometimes surprised, too. The photos I took of the fanzine, Muerte al miedo, are digital and they seemed right for what I wanted. In that case, where there’s so much vegetation, I preferred digital.

Where there’s concrete and urban life, a different type of atmosphere that’s much more raw, I felt that film would respond much better. It has another aura, it has more history… Film can be more ambiguous. You see an image and it can be hard to determine when it was taken, and then you start to imagine. A photograph, just by being on film, to me, that small detail, invites me to imagine its origin, when and where it was taken. However, digital is much more technological and makes me dream in a different way. Sometimes it lets me ask myself fewer questions.

The images in Otras iluminaciones are all analog. That state gives them an opening, it expands the experience in front of the photo, because you’re not only asking what is happening there. There’s mystery in the images: I crop heads, I don’t reveal where the sidewalks are…The grain expands, in my opinion, the experience of imagining a bit more, while digital is so authentic that it brings you closer to reality.

What do you think of when you wake up?

Usually, I think about what I dreamt and today I wrote it on Twitter: “I have a parallel life in dreams that has to stop.” I dream in a very narrative and crazy way, as dreams are. I have a very active oneiric life. Then, when I wake up, it’s a little shocking because it’s going back to reality…and I have to put all my ideas in order.

Where did the title of the exhibition come from?

For that, I didn’t trust in the first instincts that you have when naming things. I’m not simple or practical in my processes. When they offered me the space for the exhibition, I managed my time and organized everything as I could… but naming it took a lot. Lorena González helped me; together we mulled it over in our conversations.

Some time ago you kept a diary, Diario de un insomnio. A distinctive feature of your perspective is the intimacy you capture. If you kept a diary today, what would you call it?

I don’t keep a diary now because I don’t have the impulse to narrate what interests me chronologically anymore.

Yes, yes it could but it’s more informal. The blog was structured. It’s a medium that, by the way, is in decline. I don’t think the blog should die out, I think it’s still a space full of riches. In this time, we resort to the briefest thing and that’s why people don’t bother to go in and look around. Whoever goes in is fonder of reading. However, with Instagram, I don’t feel the same commitment as with the diary.

The blog is in decline because our lives are increasingly violent, they have a lot of speed, and that medium requires major dedication.

In that diary and on your Flickr account, there were many self-portraits. Do you consider yourself a narcissist?

Yes, as much a narcissist as insecure. As an adult, you try to find a compromise. I’m both things.

And seeing yourself in those photographs purges your narcissism or your insecurity?

Both. I don’t take self-portraits anymore. They’re part of a time when I explored my body and photography. It was me getting to know myself, in that way and in that moment. It doesn’t interest me now. Sometimes I take photographs on the days I feel like I can show my face.

Which cliché should we protect your work from?

From branding it feminine, nostalgic… 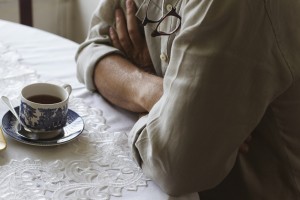 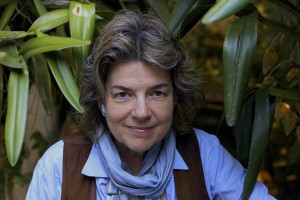 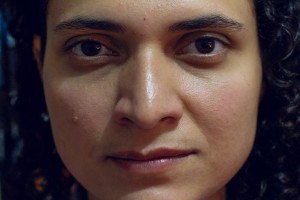 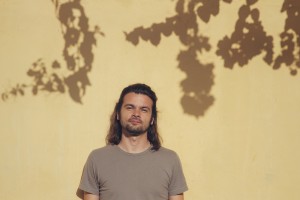 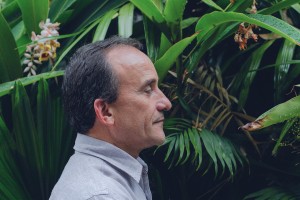 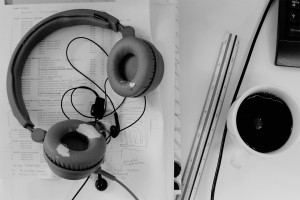 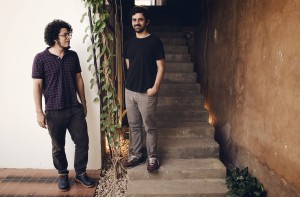 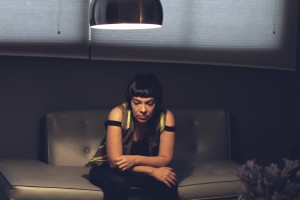 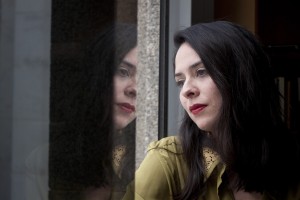