Aesthetics and the Senses

In the fall of 2016 I decided to participate in the «Aesthetics and the Senses», a seminar  taught by Rebecca Ariel Porte, organized by The Brooklyn Institute of Social Research in partnership with The Goethe Institute of New York, with the purpose of adding complementary readings about perception to my research on artificial emotional intelligence.

The first discussion main the thematic thread was the problem of the sensual and the rise of modern aesthetics from a first historical and later, linguistic approach, through a signaling about non-rational experiences and the sense of perception as philosophical problems in the eighteenth and nineteenth centuries. For this discussion, some of the fundamental concepts that support the aesthetic approaches of Kant and Hegel were selected.

The graphic schemas that compose this section of my visual essay «Aesthetics and the Senses» arise from the approaches and terms studied in the readings of both authors. In them, the ideas are translated from the linguistic plane to the visual plane, where formal decisions and compositional approaches appeal to a syntactic and semantic interpretation of the image, seeking to generate meaningful correlations that represent the original philosophical ideas. These images are based on my comprehension processes, as well as the result of the dialogues between the 21 people who made up the course. 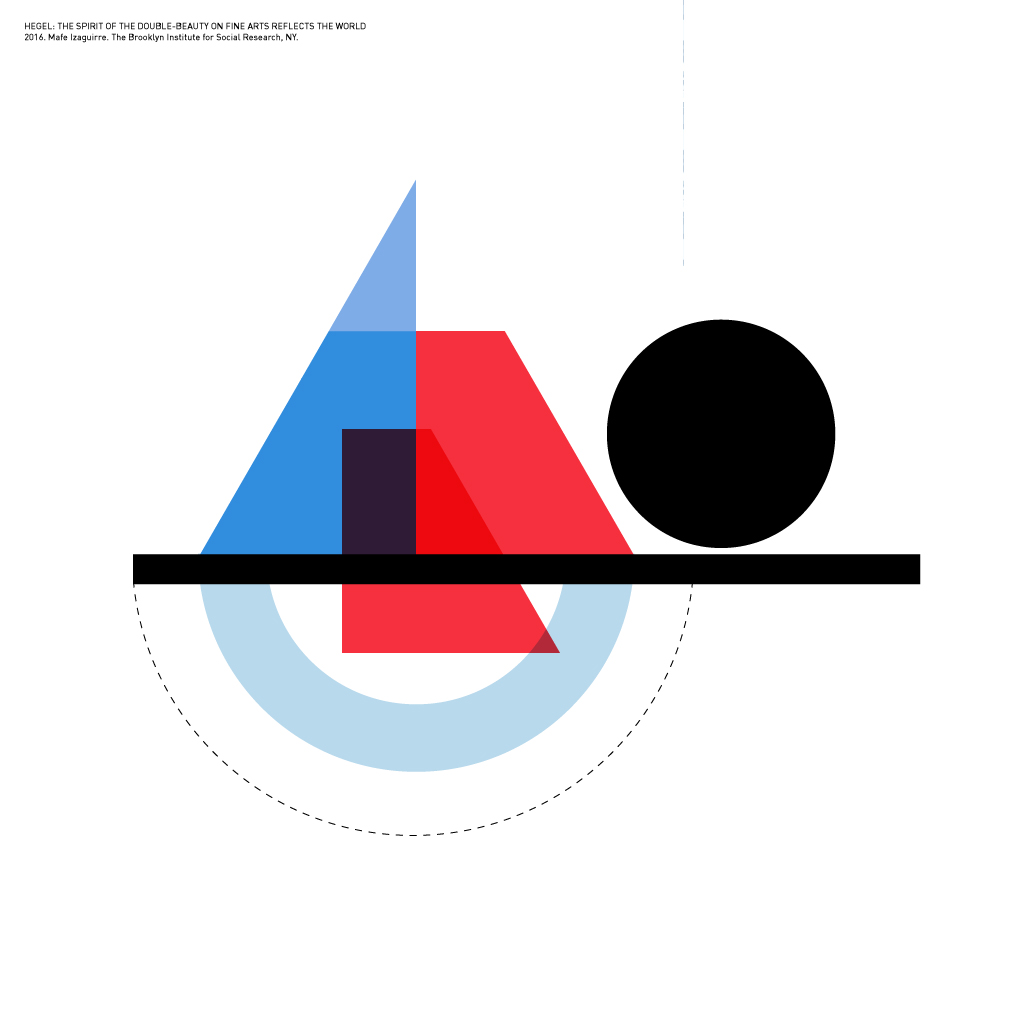 * Rebecca Ariel Porte holds a Ph.D. in English Language and Literature from the University of Michigan, Ann Arbor. Her research, which centers on nineteenth- and twentieth-century movements in British and American poetry, concentrates on crossings between early analytic philosophy and modern theories of poetics and aesthetics. Other intellectual radiants include theories of enchantment and disenchantment, microcosm and macrocosm, Gedankenexperiment, negative capability, hylozoism, chamber pop, changelings, clouds, and a Fregean logic puzzle called “Hesperus is Phosphorus.” Reviews and essays have appeared in the Boston Review, the Los Angeles Review of Books, and io9, among other publications. https://thebrooklyninstitute.com/people/rebecca-ariel-porte/

Mafe Izaguirre is a Venezuelan visual artist based in New York, who builds sensitive machines to explore the aesthetics of the artificial mind. She is interested in the aesthetic lexicon that represents the artificial emotional language from the machine’s perspective. Through an experimentation that includes philosophical readings and cybernetics, her work inquires the symbols, images, and mechanisms described by philosophers about The Mind to develop artifacts that mimic the senses and the human consciousness.

These sensitive artifacts understand spatiality as a body and possess the ability to perceive and react to the energy, vibrations, distance, and temperature. Furthermore, of generating artificial emotional expressions through color, light, and movement. Concepts such as subtle body, reflective thought, consciousness, imagination, and emotions are the central theme of her work. Many people find absurd the idea of sensitive machines developing the ability to feel emotions. Framed as The Mind Project, she unfolds this controversial subject matter of machines developing the ability to “feel.”