Revolving Doors: From Artaud to Morrison 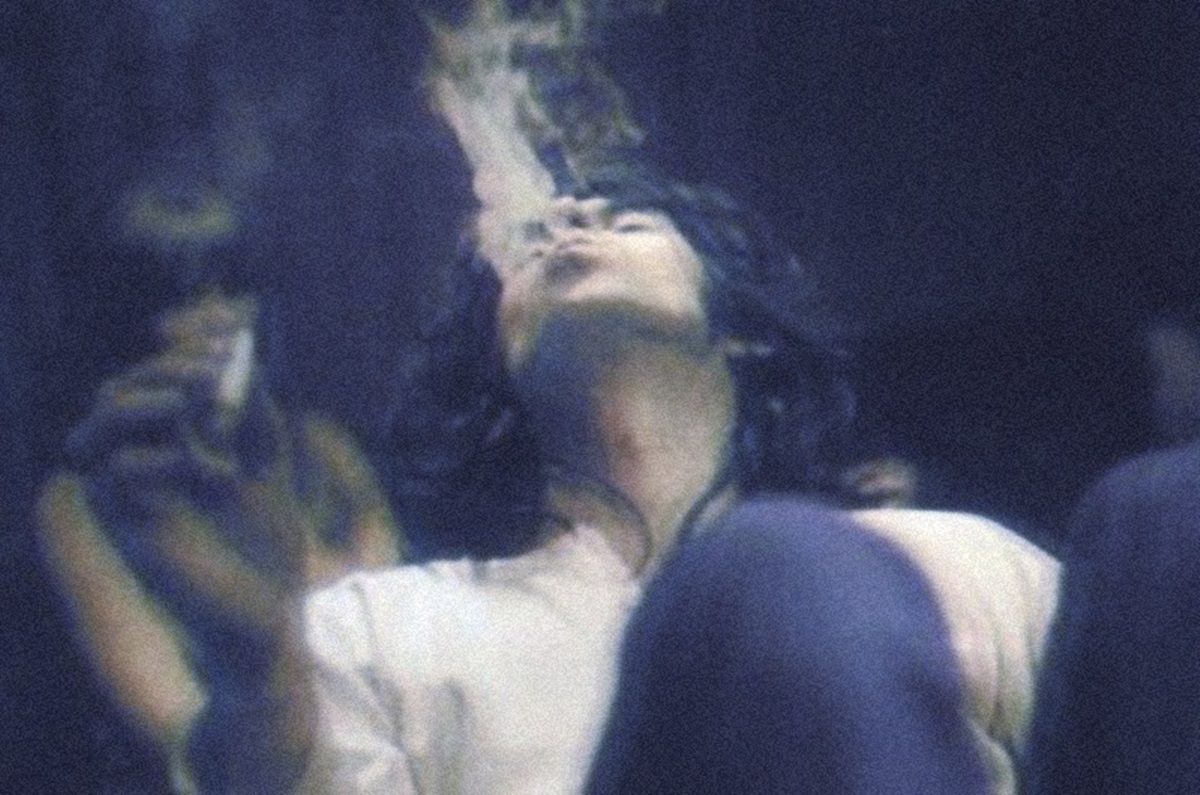 There are things known

and things unknown, and

in between are the doors.

In 1936, French poet Antonin Artaud landed in the New World with the intention of experiencing the rituals of the Tarahumara and to try peyotl, a ritual narcotic that he called the “plant-beginning,” as he believed it to possess the alchemical virtue of transmuting reality and making the initiate fall into a state in which all was abandoned in favor of a new beginning. He was particularly interested in Amerindians for their ability to enter ritual trances, thus nourishing their close ties to nature and life.
It is often told that a couple of decades later, during a trip through the interminable and lonely roads of the Southern United States, the Morrison family was involved in a car accident that tragically affected a family of Indians. On the pavement lay a dying man, whose eyes met little Jim’s at the very instant of his extinction. Morrison was acquainted with the belief that the spirit of an Indian will forever stay with whoever sees them die, and he felt the presence of that man for the rest of his life. In Hidden Poems, Jim Morrison’s poetry collection, some verses express the determining influence of this event on his life:


We will assume these two experiences to be Jim Morrison and Antonin Artaud’s initiatory turns into the realm of ritual; these would influence them deeply as creators seeking to restore art’s ancient esoteric and ceremonial quality –to enable the renewal of art’s ties to otherness.

In order to relate to Artaud and Morrison’s aesthetic visions, we must leave aside the idea of art as entertainment, cultured leisure-time investment, or untouchable object protected by a glass urn and illuminated by white neon in a Museum. Art will be the revolving door, the language that the soul requires to manifest itself; the means by which we could recover the sense of indissoluble unity between body and spirit, word and object, gesture and reality.

What mainly links these two creators is the pretense of recovering the evocative and transforming qualities that the scene used to possess when it was still rite. In the Celebration of the Lizard concert (1970), Jim Morrison’s introduction records his intention to immerse the audience into a transforming metaphysical journey: Is everybody in? The ceremony is about to begin. Take a few deep breaths, think about your eventual end and what’s gonna happen tonight. These evening is being taped for eternity and beyond that too. Don’t worry, the operation won’t take long and you’ll be much better in the morning. Artaud says in The Theater and its Double (1938): Theater must try to reach the deepest regions of the individual, and create in them a kind of real alteration, although hidden, whose consequences will be perceived later.

According to Artaud, the predominance of Western thought systems has caused us to lose our connection with magic. He affirms that this infection of the human has corrupted the divine and that it is necessary to destroy, revolutionize, and reform our ideas of life in an era when nothing any longer adheres to life. Thus, the theatrical gesture will not be gratuitous, or respond to immediate political or social ends, but be a living force both transitory and transcendent: it happens only once in a certain time and a certain space, but feigns to resonate within the eternality of being that unites us with all the things of the world. It is about destroying and disturbing rational thought –which distances us from the primordial– in order to feel and understand the vital energies of our world. It seems that for both Artaud and Morrison it was necessary to recover this living force, and the creative act was the refined means to understand and exercise it.

The intention is to induce a trance, to perform through ritual and magical stimulation a mental alchemy that manifests spiritual states with which we have lost contact. States immersed in poetics, a liberation from the suffocating embrace of being oneself; to dilute in the totality: the possibility of connecting the most unexpected things with each other, in beautiful and terrible ways; to briefly glimpse the flash of light from the carefully threaded filaments, the delicate golden threads that extend magical bridges between things; to briefly perceive the world as a great Aleph, a place of mystical confluence in which space-time relationships are dissolved –the miracle of existence itself. To dilute the limit established by language, time, masks, symbols, and the very consciousness of being someone and being in a place. In The Doors’ «Lions in the Street» we encounter a revealing stanza: This little game is fun to do, just close your eyes there’s no way to lose, I’m right here release control, we are breaking through.

For this to be possible, these creators must employ symbolic resources: gestures in space and visual and sound elements. Artaud proposes the use of shrieking sounds, screams, frantic dances, and rhythmic elements. These elements can all be found throughout The Doors’s body of work, but the maximum exploitation of the techniques can be found in the live performance Celebration of the Lizard: dissonant and repetitive sounds, a raw, broken tone of voice, and screams like animal howls. We can see Morrison singing with his back to the audience, as if in an ancient Latin rite, or lying on the floor as if watching the movement of the celestial vault above the desert. The listener can feel frightened, shook, and perceive vestiges of inner darkness, of irrationality: A sense of awe, and later a contact with otherness –in the words of Artaud, another archetypal and dangerous reality, a reality of which the Principles, like dolphins, one they have shown their heads, hurry to dive back into the obscurity of the deep.

Undoubtedly, such an experience implies exposure to a violent vital force that precipitates the soul towards a rupture. The ritual conception of art that Artaud and Morrison hold intends to trigger a sort of exorcism, an alteration that gives way once more to the magical forms, impossible and chaotic, that have been suppressed by the pre-eminence of rational thought. In Artaud’s words, it contains some sort of strange sun, a light of abnormal intensity in which the difficult and even the impossible itself suddenly become our normal element. This has nothing to do with the transcendence of the spirit or with contact with a higher divinity but seeks the immanence of the being in the world.

A theatrical scene would be, therefore, a sacred thing: like every rite, an act of consummation between life and death and a feverish state of reconciliation with the dual nature of being. Artaud says: The theatrical act is a vital act, life transmuted into death, only conceivable subsumed in death, Eros and Thanatos at the same time. The life pulsion and the death drive beating together: a blind appetite for life that can overtake everything, transgress all limits, and break all barriers of the real in its mad desire to fuse with all things –a desire that will lead to the irrevocable extinction of the being as unity, to an end, to death. Eros and Thanatos bite their tails like two copulating serpents as they drag the being towards a tearing of unity whose final result is death, the return to chaos: blind abyss, great yawn, unlimited space where it is impossible for anything to take shape, but which, at the same time, signifies the generative possibility of all things.

Thus, eroticism is dark because it is fused with Thanatos: it is identified with all that is dirty, abject, infamous in the process of living and of throwing oneself headlong with a natural and impure vigor, with a perpetually renewed strength, upon life. For Artaud, ancient myths effectively collect this atmosphere; we might, therefore, think of the dark womb of Gea as the first chaos where beings without the possibility of being rested, and in Chronos castrating his father as the primordial crime that would trigger the rupture towards life. The mother as the creative Eros, the father as the destructive Thanatos: the vital duality. Morrison also employs mythical references to illustrate this complex ambivalence; we can hear him recite a sort of verse in «The End»:

–I wanna kill you

–I wanna fuck you

A clear allusion to the Oedipal myth, which presents us with the same idea: his incestuous act was committed in ignorance, given that Oedipus was existing in chaos, until he committed the bloody act that would reveal his identity and allow him to recognize himself and thus be able to be. The bloody act as a liberating act that triggers forces and possibilities, in the words of Artaud: life is always someone’s death. Being and recognizing oneself in relation to life is an act of freedom, and all freedom is obscure: it is infallibly confounded with the freedom of sex. Thus, the act of liberation, of recognizing one’s self, involves at the same time the acquisition of a power over things. A poem by Jim Morrison titled «Power» illustrates this argument: 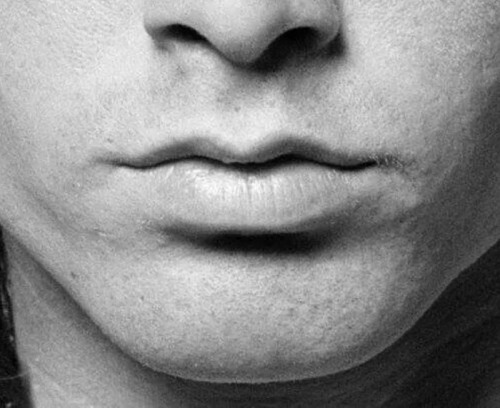 I can make the earth stop in its tracks. I made the farthest things, I can change the course of nature
I can place myself anywhere in
space or time
I can summon the dead
I can perceive events on other worlds. In my deepest inner mind,
& in the mind of others, I can
I am

We are aware that modern theater and psychedelic rock are differentiated manifestations; however, we are interested in both due to their expressive and transforming capacities. The stages of our two great creators will come to be active elements of intelligence, and represent an incessant quest to recover a magical contact with things, a means to extend the boundaries of the real that have been constrained by rational thought. Music is not just music, theater is not just theater: both belong to the field of expression, and we could not, nor would we want to, separate them merely for encyclopedic or aesthetic reasons. We are interested in their deeply transformative values. We reconcile them to the extent that they allow us to regain the capacity to perceive the world as a totality. In William Blake’s words in «A Memorable Fancy»: If the doors of perception were cleansed everything would appear to man as it is, Infinite. For man has closed himself up, till he sees all things through narrow chinks of his cavern.

Isabella Paniz is an editor and critic. She holds a degree in Arts from the Universidad Central de Venezuela. She is currently completing a Master’s program in Latin American Literary Studies at UNTREF, Buenos Aires, Argentina.