The Forgotten Children of the Streets 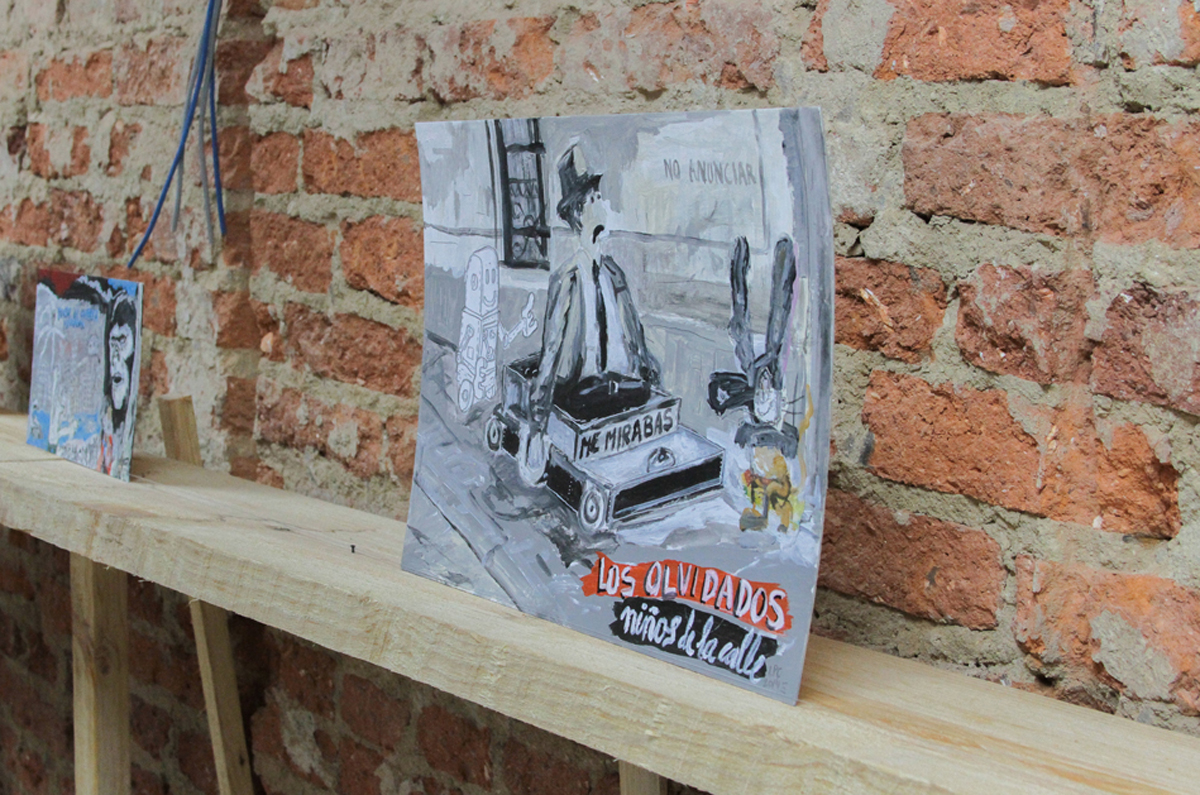 Los olvidados niños de la calle («The Forgotten Children of the Streets) is a tribute to the film by Luis Buñuel. I advise you to see it; it is a true masterpiece, with wonderful cinematography. It’s a portrait of its time. A sad and beautiful story, very much of its time, halfway between documentary and realist cinema.

I watched the film this year. I had longed to see it. There was even a time when, in one of the rooms on the second floor of the Reina Sofía National Art Museum’s permanent collection, where I was working at the time, it was shown continuously. But I never got to watch over that room.

Well, this year I bought the film, and it struck me so deeply I decided to make my own homage, my reinterpretation. It is the scene in which a disabled man appears, without legs, wandering the streets by leaning on a wooden rolling cart made of four pieces of wood, very rudimentary and artisanal. Here in Madrid, as boys, we also played in the streets and slipped on the slopes with a similar device. The images transported me to my childhood.

In the film, when the man appears alone in the street, a group of boys suddenly approaches him to ask for a cigar. When he refuses, the boys start to insult and mess with the poor man, and they even throw him to the floor. These boys, of course, were a group of thugs. This link shows a few seconds of the scene.

I was also fascinated by the fact that the man placed a sign that read «ME MIRABAS» (“You were looking at me”) on the cart… Imagine that: at that time, a half-bodied man was like a carnival attraction (well, it’s true; they used to exhibit people with physical malformations in circuses and carnivals). Apart from the man –whom I tried to draw as similar as possible to the man in the film–, my reinterpretation consists of adding the robot that accompanies him: it is his bodyguard, his friend, and his vigilante … and the big-eared character is one of the thugs, about to ask for the cigar.

My works are all memories and tributes to another era.