I don’t remember precisely whether Wilmes was waiting for me at El Terminal or not. What I do remember is that he was a bit drunk. «Do you mind me being hammered?», he said to me with his red eyes. «I drank water, I promise I’m fine.» We approached an orange Malibu to work on the hood—it was full of dust.

—Let me tell you, this is what we’re gonna do:—I say taking out the recorder, the pictures, and my notebook.

—Here are your photos. Take a look at them. Then, pick one and tell me why you took that photo, what it means to you, or what part of your life does that photo represent, and so on with each one—I turned on the recorder.

—One by one today? Jeez! OK. First I’m gonna write my name over here—Wilmes sat on the hood of the car with the photos in his hand. With one finger, he wrote his full name on the back glass and explained to me how similar his name is to the word «whiskey». He looked at the photos carefully and began. 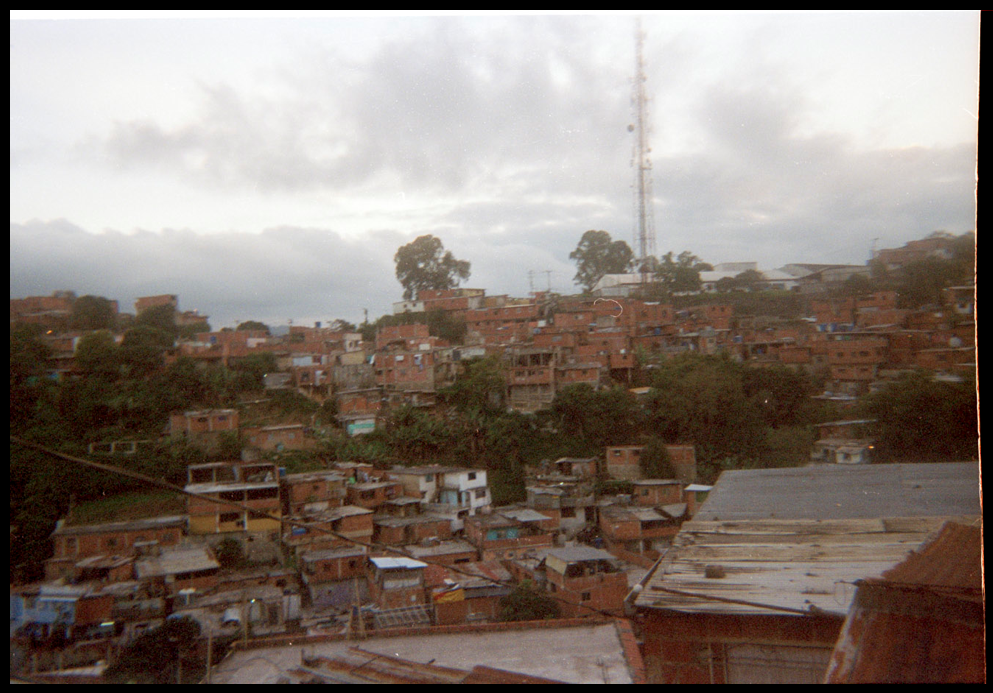 —What is the slum to you?

—For me, the slum is falseness. Here you live, as you might say, survival and stuff like that.

—Oh, well, if it comes to liking, I do like living here, because La Dolorita, Wilmes, and this and that, I go here and there… I am well-standing around here where I live, but yeah, I would like to live somewhere else more relaxing… Something like the countryside. Where I’d wake up in the morning and walk around, enjoy, without turning back because someone could chase you or something. 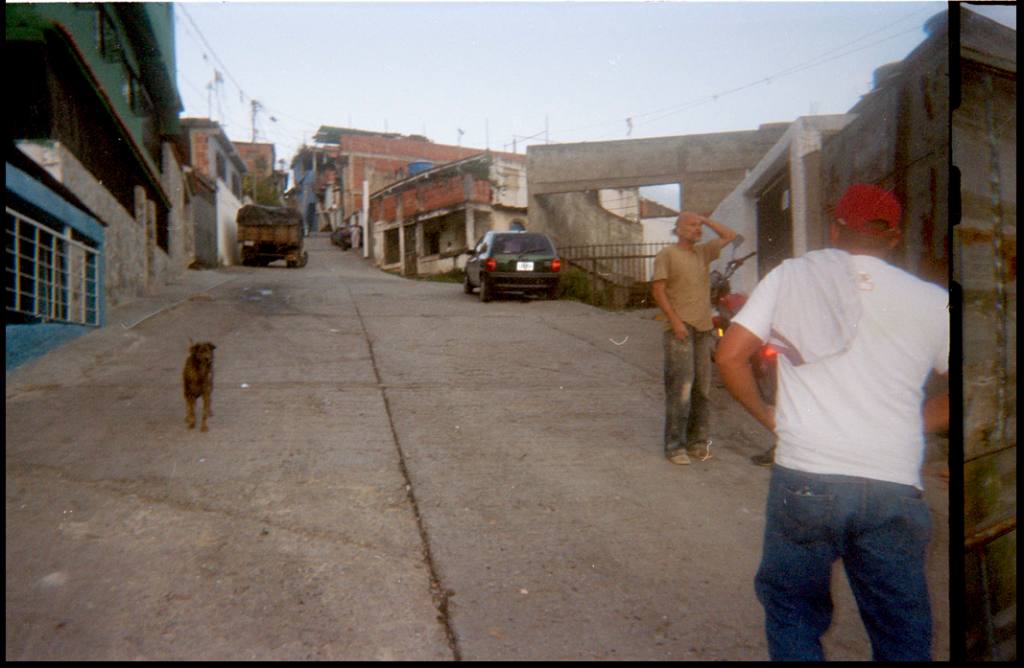 —Look, for example, this is where I live, up there, the whole street… The street came out fine, right? And the dog on the side… That dog means survival. That dog has suffered many accidents and always revives.

—Did you take this photo because of the street or the dog?

—Tell me about survival.

—There’s a machine…—I repeat him his words.

—That thinks… and quite a lot, I tell you! 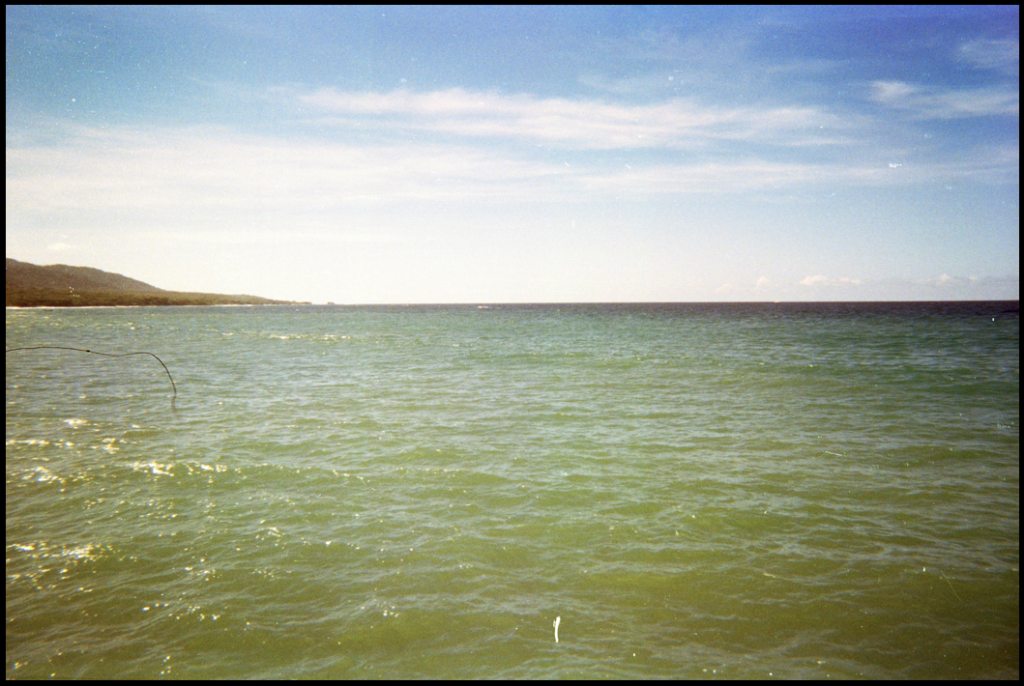 —This is it, this one I really like; this one is me. You never know what’s gonna happen, you can’t see anything… And in me, you never see anything either. This photo is like going to the bottom: you never find it, right? That’s me, you will never find the bottom…

—Do you remember the moment in which you entered this life?—I asked him at some point in the interview.

—Yes. It was when I entered high-school and began consuming. The first time I was raptured was with a flame.

—Nah, not because of drugs. Drugs are simplity, simplifici… how is it? Well, something simplified. Nothing…

—You started with drugs and then…

—Then I was selling and everything, you know? When I stopped consuming, I started selling right at school, and that’s where I was a motherfuckin’ cunt. But no, no… that really wasn’t me. 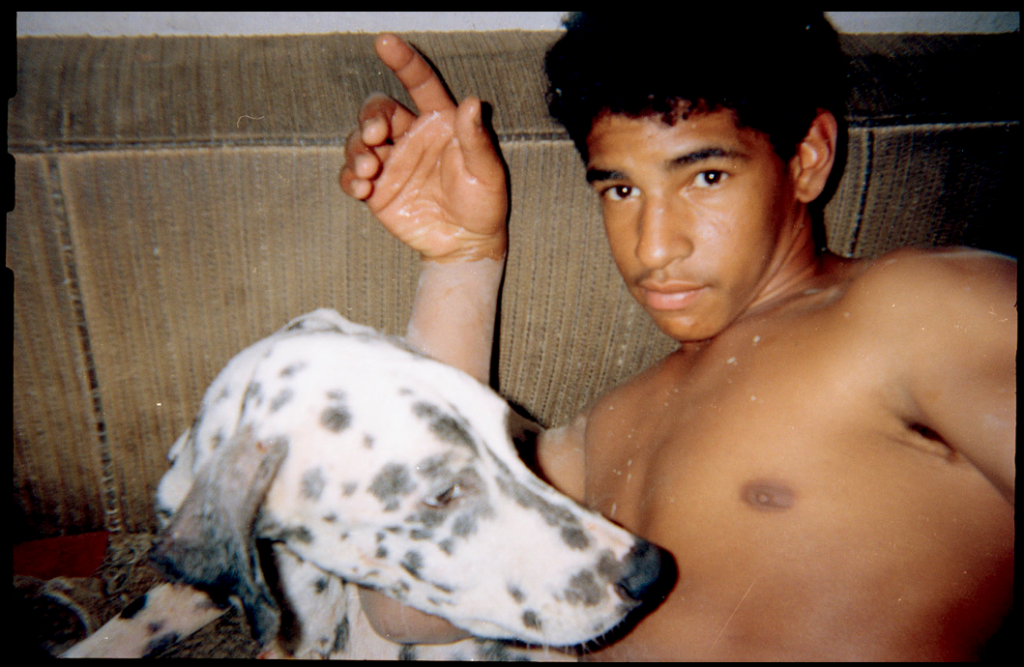 —Here’s a funny thing: my best friend and my worst enemy. Kim is my dog, he is my best friend, the only person with whom I shut myself in and can talk. Richard, my brother, my worst enemy. I love him but he tried to kill me once. We were angry and he stuck a knife in my chest. It all happened when…—Wilmes said to me, leaning back on his car-couch. He stared at the clouds with lost eyes and a song sounded afar. He began to sing.

Diana Rangel (Caracas, 1987). Artist and psychologist. Lives and works in Caracas. Her art practice addresses the relationship between the photographic image and the construction processes of memory. This way her work ends up being a reflection on the archive through a constant dialogue with the Other. Photographic installations, video, and photobooks are some of the outputs she uses to make her work visible.

She studied photography at the International Center of Photography (New York, 2011) and Expressive Arts, Pedagogy and Social Change at the European Graduate School (Switzerland, 2014) after obtaining her degree in Psychology from Universidad Central de Venezuela (2005). She is the founder of the NGO Círculos de Cultura and co-founder of NodoCCS, an alternative platform for the arts based in Caracas.

Voices from an impossible place stems from the situation of extreme lack of safety in Caracas, Venezuela— one of the most dangerous cities in the world nowadays. The project combines elements of clinical psychology and photography, aiming at understanding the construction of meanings around violence by its very protagonists: young Venezuelan rogues. For this, I contacted a band of seven kids in the La Dolorita slum and worked with them for a year. I collected interviews and photographs taken by them. In turn, I registered every visit and experience. Many problems arose that year, to the point of understanding that my life was at risk if I continued to attend daily to the slum. In the end, the biggest surprise was to see how the social change was possible through the speech inspired by their photographs. This project seeks to give voice to these youngsters, to be critical of the current situation of the country, and to propose methods for facing violence.