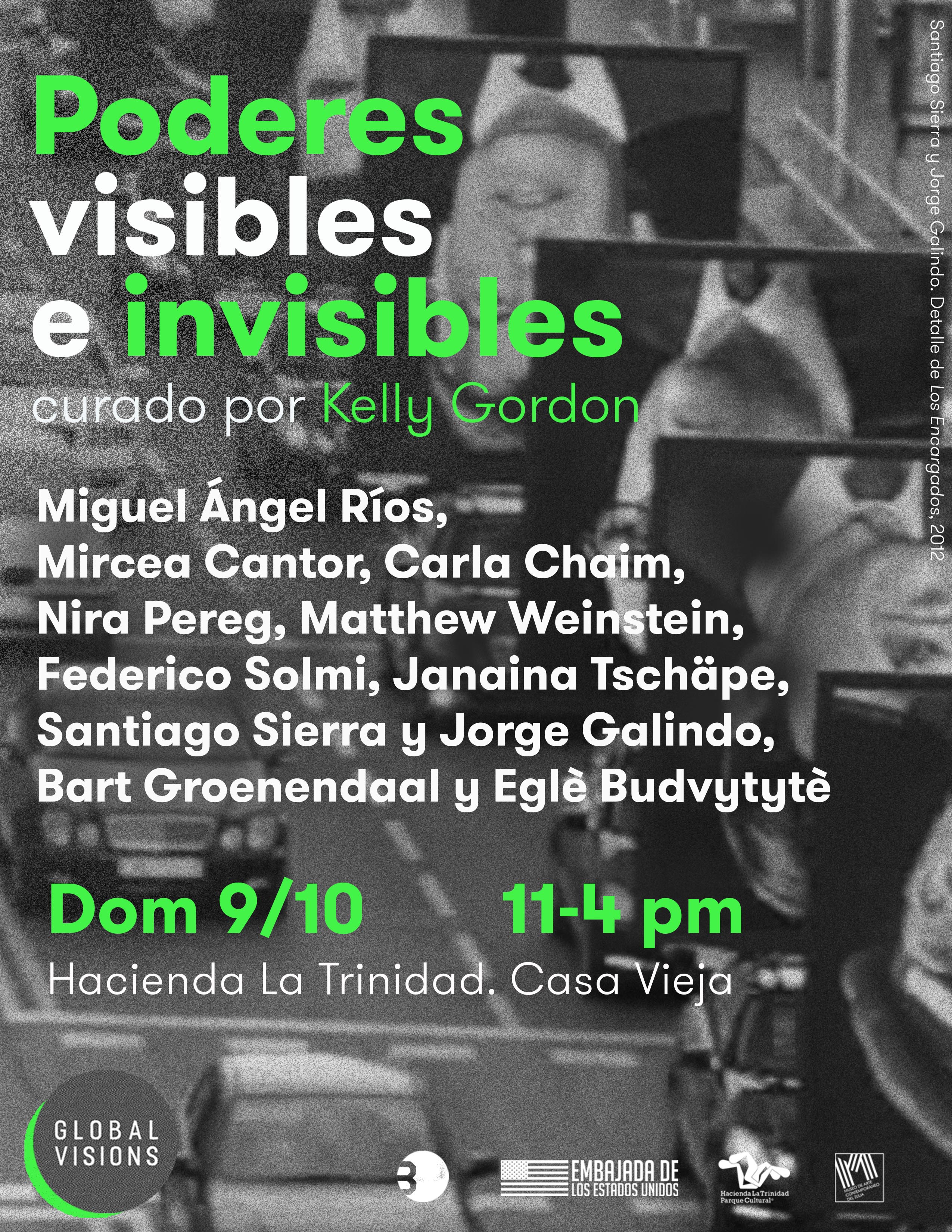 POWERS SEEN AND UNSEEN is an open discussion, drawing attention to the ideas, influences and struggles that impact daily life, inform worldviews and nourish philosophical perspectives regarding the construction and dynamics of Power. Conditions expressed—ranging from psychic to existential, fearsome to romantic, mundane to magical, soothing to ominous, specifically metaphorical to intentionally ambiguous—present viewers with a menu of gripping provocations.

Miguel Ángel Ríos‘ (Argentina) A Morir (2003) adapts a popular street game into a battle scene. Whizzing tops bash and bump and vie for dominance until none are left standing. ‎Ambient street sound alludes to the familiarity of the sensibility of aggressive one-ups-manship in daily life.

Mircea Cantor (Romania) brings a deer and its natural predator, a wolf, into a white gallery space. The improbability of their peaceful co-existence ‎in Deeparture (2005) intensifies as the camera surveys their faces and postures. Innocence, instinct, hovering threat and victimization are called into question. While ripe with various interpretations, the work was inspired by the precarious status of post-Soviet Romania.

A lithe woman padding down the beach, evidently caught up in her own thoughts “stars” in Carla Chaim‘s (Brazil) Projeto para curvar o corpo (2016). The high camera angle suggests surveillance is in progress without revealing whether such is of a predatory, amatory or sheerly aesthetic nature.

Nira Pereg (Israel) found refuge for her broken heart in the flamingo house at the Berlin Zoo, daily visiting the birds who “ducked” in unison whenever the artist flapped her arms. For 67 Bows (2006) she filmed them and then superimposed a sound track that suggests the horror of a hunter loose in the zoo, however at the same time the shocking scene reminds viewers‎ how disconnected sound and image can be combined and deployed to manipulate actuality.

In Matthew Weinstein‘s (USA) Crusing 1980 (2010 ) glowing kitschy ship clocks set sail toward one another. Once in proximity, they sparkle as if signaling some kind of starry-eyed interface. All the while the click of Time constrains the evanescence of their fleeting encounter and subtly evokes the trickling away of minutes viewers have left in their lives, marked with a score by Balkan Beat Box.

Federico Solmi (Italy) deploys over-the-top intensity and dark humor to burlesque the questionable allure of celebrity. His bold, nightmarish portraits The Last Emperor (Montezuma) (2015) and The Invader (Christopher Colombus) (2015) brand the brain and ask viewers to stay attentive‎ to the apparatus that keeps some in power and in the spotlight.

A slow procession winds through downtown Madrid. The cars of this “official” motorcade are topped with huge portraits of Spanish leaders, mounted upside down. In Los Encargados (2012) Jorge Galindo and Santiago Sierra (Spain) meditate disillusionment and ask whether collective progress is possible or whether it is a fact that “the more things change, the more they stay the same.” The solemn black and white parade has a colorful counterpoint: the stirring Polish workers’ anthem, dating back to 1905, recorded in 1993 by the Alexandrov Ensemble‎.

Bart Groenendaal (The Nederlands) and Eglè Budvytytè (Lithuania) explain Shaking Children ‎(2013) as follows: «Shaking is a technique for triggering disobedience through the body. Shaking workshop is a symbolic proposition to transgress the grid of time and space and the mechanisms of social control which are present at school.» In this edgy work, although the kids assume the respite of a trance, viewers are more haunted than lulled by the artists’ disturbing scenario.

POWERS SEEN AND UNSEEN will be on view October 9 to November 6 at the Casa de Hacienda of Hacienda La Trinidad Parque Cultural. This is the latest project within Global Visions: Insights into International Moving Image Art, a program of exhibitions and events developed throughout 2016 by Backroom Caracas, with support from the Office of Public Affairs at the Embassy of the United States of America and in collaboration with Hacienda La Trinidad Parque Cultural, Museo de Arte Contemporáneo del Zulia (Maczul), Centro de Arte Los Galpones, and thanks to Foto Florida Servicios Audiovisuales. 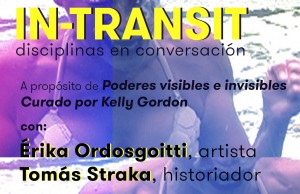 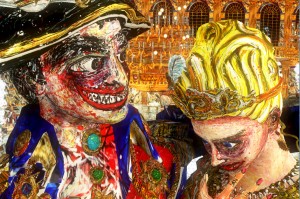 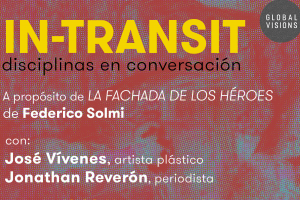 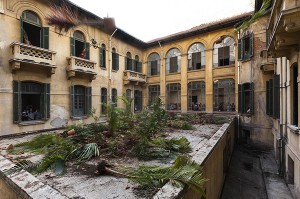 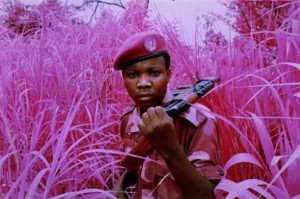 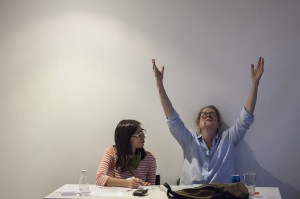 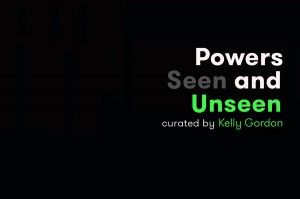