What if We Stop Thinking About It? 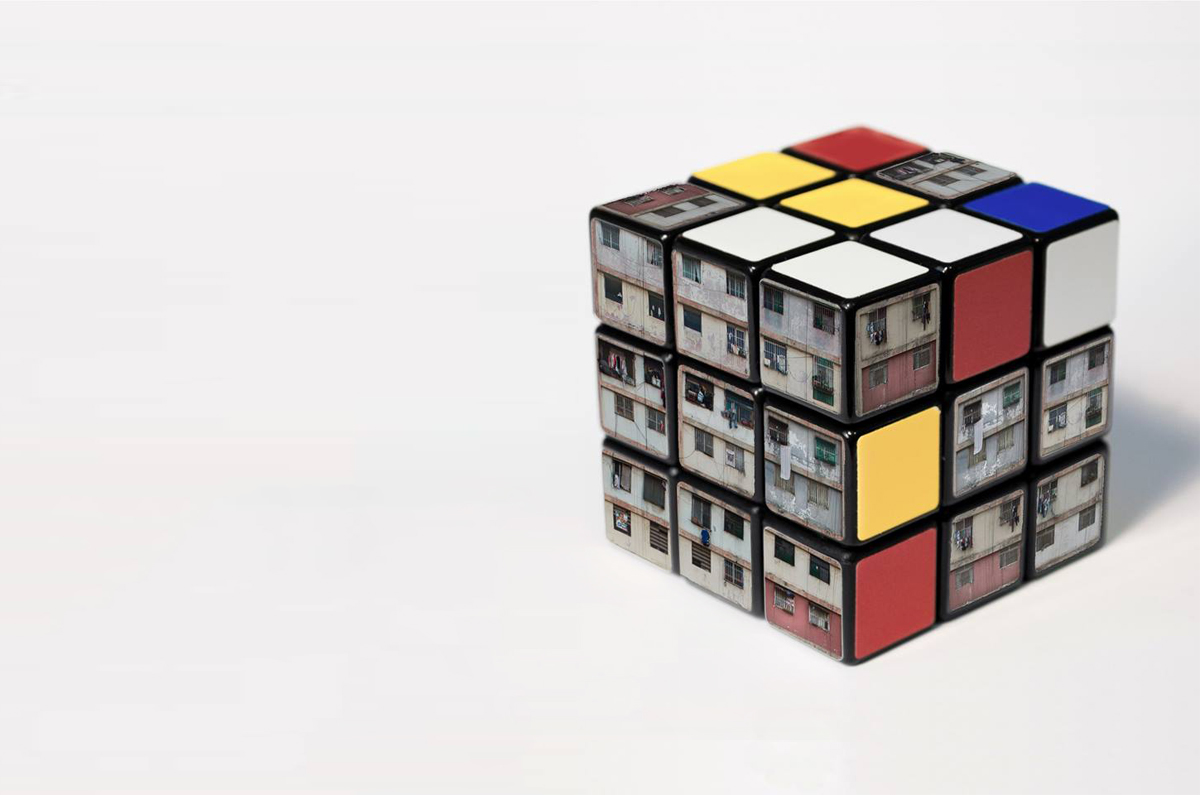 (Notes for an autoethnography)

I saw the show on Venezolana de Televisión [1] dedicated to emigration in our country. As I watched, I couldn’t help remembering the child I was on February 4, 1992 [2], with my chewed and well-thumbed Pictorial Atlas of the World, trying to imagine how Rome or Atacama could even exist. In it was a picture of a group of boys playing on the edge of famine in Mogadishu, with an indescribable, absurd smile. I spent entire nights imagining seas that I have not yet seen, and which are, nevertheless, the landscapes of my childhood. How to explain to the writers of that shallow show that I always wanted to be somewhere else, even beyond, in the unknown? How to speak to its protagonists about the transformations that the idea of ‘nation’—precisely under the aegis of Marxism—underwent throughout the twentieth century? With what nightless words to tell them they are wrong?

Yes, we all have a black friend who left the country, but that’s not the point. The whites of either shores, the zambos, the bachacos (and bachaqueros), the cuarterones, the saltoatrás [3], have also left: in sum, the color additive chromo-interference that we are and who have endured one too many insipid selfies of filthy little shoes in recent years[4]. All the colors are gone. Even the birds are gone, the cattle, the fowls and the snakes that crawled across this barren land. Only a few rats remain (others have also left), teeth-quarrelling over the remnants of the oil feast.

(Ah, but you cannot say that. Of course not just the rats! Your family is still here, some dear friends, students, good people. You can’t sacrifice them all in the name of the rhythm of your prose. Besides, what a scandal, imagine what some readers might say! They know that you know that, but they need you to say it. Go on, write the paragraph that will please everyone: those who left, those who stayed, and those who returned, those who struggle to stay or to come back, those who know how to read and those who do not, the new discursive police, those who understand rhythm, and those who have two sinister hooves underneath the deaf ear. Go on, it’s not that hard, any of Tío Simón’s songs [5] will do for the indulgent, one of those coplas llaneras you like so much. Come on, find a little tepuy, an araguaney [6], a single brief hateless line.)

The country of rats, of thieves, of murderers. The country of sovereign stupidity, of the arrogance of the idiot who assumes (oftentimes righteously) that his listener is at least as big a douche as he is. Because, of all the revolutions that have devastated the world, we couldn’t at least get an educated one, like the Cuban, who probably played a Cuban son before the firing squad. Or the Vietnamese, through which the West discovered its red heart. Ho Chi Minh was a poet. Mao the librarian didn’t write so bad himself. Nikita Khrushchev—Stalin’s bitch—had almost no grace, but he sent another bitch into space. Even Allende (who was graceless, even in death) just about managed to leave us a distant cousin who sells plenty of books.

No. The Lord, in his extravagant mercy, said: for my pickaninnies of the Captaincy General of Venezuela, a dull and barbarous revolution that pays lip service to Marxism—a sad one, like the song of the ice-cream cart. The poet of our revolution shoots up steroids with public money. Neither heart, nor beat, nor shabby singer/songwriter, or firing squad. The dead, in turn, do even out by the lots; but they were not killed ideologically, with a dash of romance, in a concentration camp. Our dead, our many painful dead, fell for a cell phone or less. When the government wanted to throw things into space, it did so with Chinese technology, and the device got lost. When the oil ran out, the government discovered coke (and wasn’t even able to sow a single tiny plant—they imported the cooked version.)

No, we couldn’t at least get a cultured revolution that persecuted writers, as should be; one that persecuted fags for being dissident and the dissidents for being fags. Our revolutionaries wait for the fags to be killed by criminality, just as the dissidents. They can barely read and do not fear the poets because they don’t understand anything. If one says yellow, they say black, on the radio, the television, the pasquinades, a million times black, until the sun gets tired.

(The thing is that you don’t belong to any party. You’re merely a militant of the ass, of hatred and of literature. All your political correctness is owing to rhythm.)

Venezuelanito, repeat after me: the rest of the world is a shady place; the fellow countrymen abroad are living in rags; only the rich leave, that is, Caucasians. Repeat, my Venezuelanito, repeat: Christopher Columbus was very bad; Simón Bolívar was the goodest; capitalism (predatory system) is undergoing a global crisis; lack of safety is a problem throughout the Americas; the welcoming nations will come to a colossal downfall; globalization does not exist. Venezuelanito, warm up your country; work pro bono, for air, for nothing. And never denigrate where you come from, find a euphemism, a lie—say that the trees here are healthier than a few inches further, say that «our» women are especially pretty, say that some mysterious demiurge made your mountain into a prodigy, say that shit doesn’t stink here and that ghouls don’t affright.

Some conspiracy theorists will think that these are nothing more than lab-made slogans, that the Bolivarian government, by means of secret schemes, intentionally stimulates emigration. Who in the vastness of earth could believe that any of the protagonists of this documentary show genuinely trust what they say? Will somebody contentedly accept that more than one arrived from their pointless jobs into a house they were given—fear still in their bodies—, then filled the arepa they were given with the meat they were given, turned on the TV they were given and thought that this is how it should be? Isn’t it too much to ask of a sensible Christian to imagine a machine of a hundred engines that will not work?

(But that is the government, not the country. The country is not this. It is a beautiful abstraction: omnihistorical, perfect Venezuela. Don’t be blinded by the darkness of the present. If you wait a while for the regiment to pass along the shores of Playa El Agua  —all thirty officers with their weapons of war—, you will have a beautiful photo for Instagram. From a certain angle, you can hardly see the barren clearings in the jungle, the monsters of greed surrounding the Angel Falls. When the power is not cut off, Caracas still looks like a manger. Open up your myopic eyes and wait.)

I have seen intellectuals of all backgrounds devote stubborn efforts to understanding and explaining whatever it is that Chavismo is. The most lucid minds thinking it through before locals and foreigners, being mistaken again and again. The philosopher of transphobia even dazzled his audience one day by speaking about our particular historical dead-end in terms of quantum mechanics, attempting to think about what won’t leave room to be thought. Meanwhile, in the country of shame, psychologist Carmen Lara does her math and opens her mouth to spew on public television, one after another, every stupidity that goes through that dyed little head of hers.

Meanwhile, on social networks, some barefaced optimist proposes the hashtag #AquiNoSeHablaMalDeVenezuela [roughly, #NoSpeakinIllOfVenezuelaHere]. Just like that, with neither correctness nor shame. For it is time to neuro-linguistically program us in reverse to avoid falling into depression; because if we join together to declare it, oil prices will rise and antibiotics and flour will materialize. For crying out loud! Don’t count on my prayers for that campaign—I am devoted to other saints. I know well the difference between the government and the country, it’s not difficult: the first one has been shitting all over the second one for over seventeen years. I also know about the secret relationships between signifier and signified, but the fault lies with the government and there is nothing left of my country at this point. This is another short-lived accomplice idea (like the bus of progress [7]), an epitome of the frivolous goodness of vegetarians and the lukewarm. Those are the imbeciles who will tell you that you should not voice your opinion because you live abroad, or that you have no right to sadness for the same reason.

In a few months—if am not first killed on a dark street after playing the chair game in a ministerial office—I will leave the country. When I say «country»—and this I really mean—I also say «I». I will leave the person I am being, what I have become: A smuggler, a person who has given up on living with any dignity, afraid to go out on the streets and tired. Reinaldo Arenas used to think that there are almost no differences between capitalism and communism—the both kick us in the ass. But in Cuba you had to clap after each blow, and in the United States he could scream. A few years ago we were getting our hands on our heads because they wanted to lead us into «twenty-first-century-socialism» without having explained what that was supposed to be. Now we know: It is a system in which you hardly eat, that crossbreeds the worst of capitalism and the worst of communism with the spiritual orphanhood of our era and virtual reality. In Venezuela you can scream, but it doesn’t matter.

When I was six years old I wanted to travel the world as one flips the pages of a book; it was my world. Afterwards, I just wanted to go very far, because that’s what adolescence is all about. Then love did what love does: I kept spreading the seeds and waited… and waited. But it was not the time to sow. It says so on Ecclesiastes: there is a time for everything. Now is the time to die, to kill, to destroy, to weep; this is the time to mourn, to give up, to hate, and to say goodbye.

[4] Refers to the now iconic image of migrants’ shoes stepping on Carlos Cruz-Diez’s floor mosaic at the Caracas international airport before departure.

[7] Refers to the slogan of the opposition’s 2012 presidential election campaign.

Alejandro Castro (1986) is one of the most relevant new voices of Venezuelan literature. In 2011, his book No es por vicio ni por fornicio. Uranismo y otras parafilias was awarded the Monte Ávila Prize for Unpublished Authors. In 2013 he published El lejano oeste (bid & co editor, Caracas).