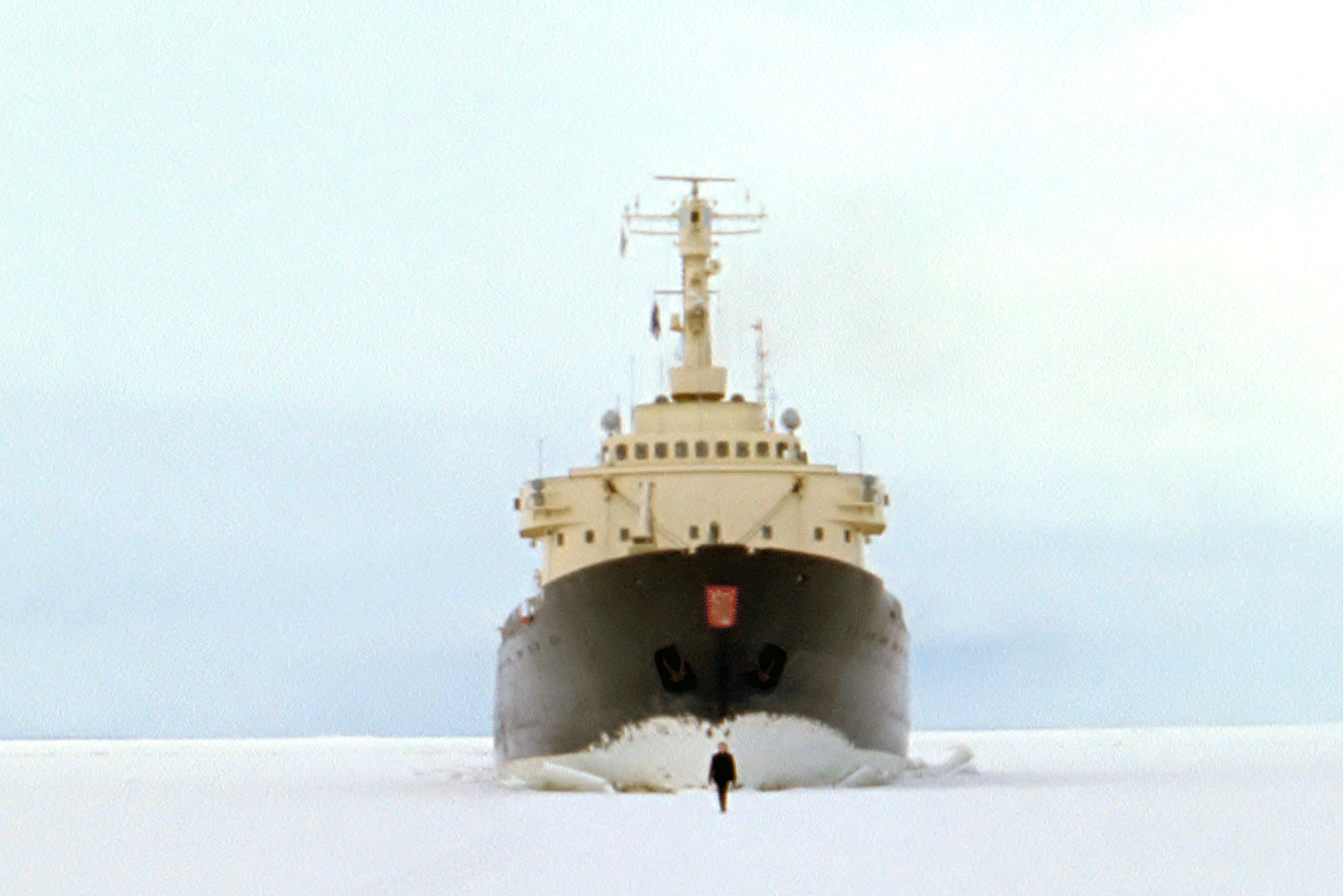 (To those whose home is the body)

There are various ways to migrate. However, all of them are experienced from the body, and involve, to a greater or lesser degree, movement. We could say that the body is the primordial place of experience and, thus, the migrating body is the recipient of the experiences of mobility, transition, and displacement. Migrating is then a long-running performance in that it is both ritual and survival: it has a symbolic, aesthetic dimension, but also a political and geographical dimension. Migration is conditioned by dominant structures, not just through representations of the body itself, but also by the limits upon which the idea of the Nation-State rests. Migration is a performatic event in itself: it involves experimentation with one’s own body and the boundaries that recreate its limits; it implies transgression and also creation. In the act of migrating, the body lies in the place where we are ourselves, but we are not ourselves.

This peculiarity of the migratory movement forces us to think in topographical terms; that is, in the experience of the use of space. Even in the way we think space, which is already in itself a form of use. The body that migrates seems to be inevitably related to the notion of surface, the configuration of a designated area, a specific reference to a particular representation of a territory, or to a geopolitical space that is, therefore, somewhat unnatural, completely representative of the understanding of the earth. That is, one migrates territorially, but above all geopolitically. It is true, however, that such a representative understanding of the earth is also present not just in cartography—strictly understood as map design—but also in any other symbolic construction. Any symbolic understanding of topography—aside from nature itself—is prone to be understood and therefore treated as cartography. This idea allows us to start thinking about performance in cartographic terms, such as arbitrary presentations of gesture, movement and the bodily presence of the body in movement, the repetition and exhaustion of experience in a given space. A (most obvious) example: the stage. But what happens when we move outside these spatial-territorial-geopolitical coordinates? What happens when we disregard them? In terms of migration and nomadism, as in dance, the body’s potentiality (in words repeated by authors like Giorgio Agamben and Gilles Deleuze) lies precisely in the possibility of migrating from one movement or gesture to another, from one space of the stage to another, but also out of it.

Cartography turns topography into a human domain, but it also conditions our displacement in the same way the scenario determines our movements on it. One of the most evident and immediate cartographic presences in our daily lives is, for instance, the way we relate to our own immediate surroundings in the streets where we live, or, more forcefully, in the boundaries and borders that mark and divide territories. Thus the immediate cartographic reference of the territory we occupy is established, since it implies a relationship of planning / design / topography but also of power: where I can move and where not. The migrating body, therefore, moves cartographically, just like the dancer on the stage: thinking about how she can move and how she can’t.

The migrating body—understood as a performative body—could be considered a topos in itself, where the body and the earth remain places to explore. Each new choreography, like the wandering of the nomad, implies a new corporal cartographic visualization of limits, borders and organization, in which physical memory is constantly reordered. The body is prone to be used as a cartographically represented topography in which the physical relates to the idea of the earth: the «robustly physical» presence in which the body can be (and is) conquered in its displacement, which causes its own physicality to be assumed as the possibility of a moving locus. As in migration, what moves is, at the same time, the body and the place of the body: the moving body is a form of emplacement that could, in fact, be constitutional—i.e., it constitutes movingly and geopolitically, because it signifies a way of being in the world, a world inhabited not only from the corporal but also from a body that relates to its surface. A world in which the physical aspect of the territory embraces the physical aspect of its own body.

The nomadic body, once it breaks the boundaries of cartography (either because it migrates illegally or because it dances outside the space of the stage), proposes different cartographic relationships, creates other maps or even proposes the possibility of being erased from the map itself. The body that migrates illegally, for example, transits between presence and absence, is ephemeral, as is performance: it hides, it is there and it is not. In other words, the presence of a moving body which travels beyond borders—geopolitical, legal or even aesthetic—could have the necessary strength to approach the surface in those same nomadic coordinates, so that the dancing topography and cartography can go together: cartography becomes the partenaire of topography.

In the displacements of the dancer, as in those of the migrant and the nomad, life, in general, is not a linear path. In this sense, to think about the migrant’s transit in terms of movement, like that of the dancer, displays the possibility of multiple approaches to the moving body. For instance, it allows a perception of space-time that is nonlinear and therefore confronts the idea of migration in relation to cartographic norms and the legal apparatus that those norms imply. On the other hand, it also allows us to reconsider our notions of public and private space (what is «inside» and what is «outside,» what is «common» and what is not); among them, the very idea of a Nation-State represents the obvious limits, with physical robustness, of what a particular body can and cannot do: Where to make a movement of the body possible? Where to allow the body do something? How far can a body walk? Where can a body sleep, drink, love, work?

These notions are mainly cartographic regulations determined by organisms that prohibit spaces of transit for bodies and their infinite possibilities of spatial exploration. In these terms, it sounds like totalitarianism. However, is that not precisely what choreography does? The challenge—at least in terms of postcolonial movement—is to see in migration a form of emplacement, which in fact could mean a way of being in the world. Cartographic coordinates, as choreographic ones, offer a topological view on the notion of displacement, associated with a possible «common world» that seeks to be established between topography and cartography and on the body itself: in dance, the body is at once topos and carta—place and map. A body understood in terms of movement «obscures the lie of the earth,» thus marking the surface with a different story, unlike the «motionless observer» that sees the world «from a single fixed point of observation.»

According to Foucault, the body is the inscribed surface of events. In the nomadic body, these events are translated into the elaboration of a body-history relationship that is articulated as diaspora: displacement itself is the center, not the place. This is how the body (and everything it touches) finds itself not only under the domain of the social history of the body—inherited and inscribed in the body of the past—, but also of everything that the body accumulates in its transit: being-in-the-world, historically mediated and defined as it is, is determined by an apparatus that often creates the impression that our bodies do not belong to ourselves but are functions of something else. The nomadic body, so to speak, is stigmatized not only by the indelible mark of past experiences but also by the spectrum of a future that is in turn determined by an external logic—perhaps that of mass consumption, of media and of politics, if we can still differentiate one from the other.

In some of Hannah Arendt’s writings on movement, the problem associated with initiating something—that is, making a decision in terms of movement—is linked to the act of speech. For Arendt, the act of speech is like the act of birth. To move away from the topographic coordinates, though not an act of speech but of the body, is equally raised on the potentiality of the latter to communicate, to create, to introduce us into and for the world. Just as words give us the possibility of participating in thought and conversation, the movement of the moving person—as a nomad or a dancer—has the same potentialities.

Migrating is a long-running performance. The vulnerability of the body on the stage is the same as that of the walker who stumbles and falls, the same as that of migrants. The experience of the body seems to be suspended on the gap between its own movements—between its own experiences with matter, both in its own bodily matter and with the topographical surface, and the stage on which said organism moves—and the given ideological representation of bodies and landscapes. Fiction may be the tool to overcome this gap. It is in this fiction, in the choreographic and cartographic reinvention of bodily movements and experience, where we may make our own path, ever carrying our homes on our backs. To move outside the cartography, to redefine identities, whatever they might be, seems to be a contemporary political duty.

Vanessa Vargas is a dancer, performer, and educator. She holds a degree in Journalism from Universidad Central de Venezuela, a Master’s degree in Communication for Social Development from Universidad Católica Andrés Bello, and an MA in Performance Studies from Tisch School of Art at NYU. She currently develops personal and collaborative projects and researches dance and the body in relation to topics such as communication and social and bodily practices. She worked as a performer at the Museum of Modern Art in New York City in Transmissions: Art in Eastern Europe and Latin America, 1960-1980 and in Yoko Ono: One Woman Show, 1960-1971.