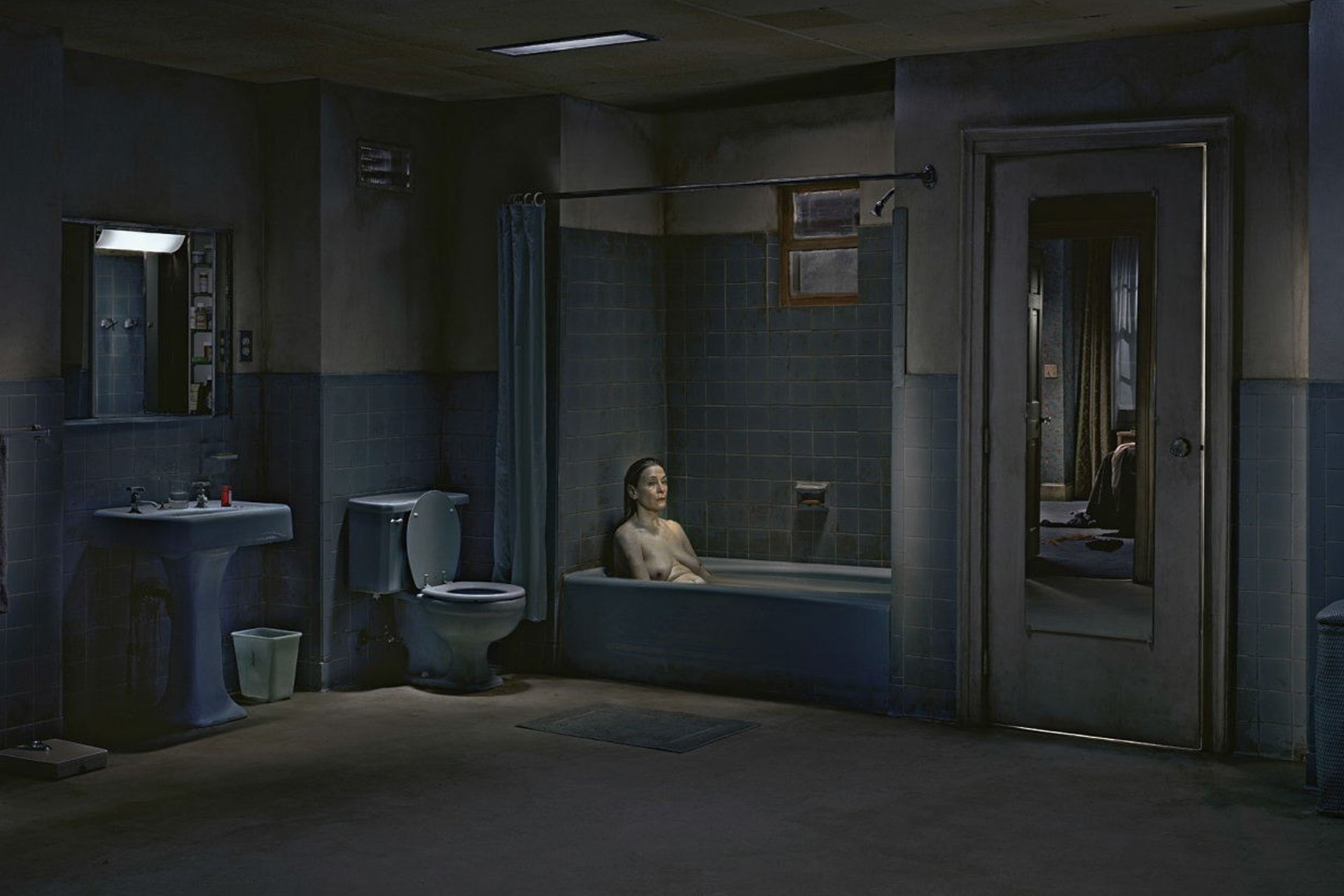 We inhabit the distance between a word and itself.

Sometimes I tell a story because I cannot move.

But the truth is I like to go back on things that paralyze me. The other day I read some Auden verses on Twitter: And ghosts must do again / What gives them pain. And I laughed. Besides, one always wants to feel special by believing one has anything in common with English poets, which I don’t know whether is literary love or endogenous racism.

Most of the stories that I draft never reach the paper or the screen; they are satisfied with transcurring inside the cyclic blender that is my interior. I can swear that I have written several masterpieces on the bus from the supermarket to my house, on those glorious days when they don’t kill me or rob me, but they fall apart in some oblivion; I am only left with the certainty of having been someone else, of having lived an enviable delight in silence. Perhaps writing is no more than the fallacious euphemism of isolation, even when one is desperate for attention.

But then, sometimes, I tell a very long story that is always the same but always suffocates me and this is because I can’t move. In me, to write is to negotiate the air with paralysis and with the world. It is also to fight against boredom or laziness, and lately, against the feeling that this part of my life is ridiculous opposed to the other part of my life where I run to save myself in a country without antibiotics or democracy. Being a writer has something of save yourself as you can and something of pretentious montage. I love it, especially if they invite me to some other country and I wind up being the center of attention because I come from this branch of the netherworld and everything I say is interpreted allegorically or with pity. Then I have to come home and ponder on the bizarreness of the show, accepting the primary solitude that underlies every word–and every word, which is more or less time stolen from the sentence of death, the distance between a game and destiny. Everything embarrasses you then, and you wonder if that shame might, partly, be yet another show. What would Borges say about this crap? Now that Piglia is dead we may have to confess to his memory.

But there was a time when I wrote for no one, there were no reviews, no flirtations, no fairs, no presentations in Lugar Común bookstore, nor angry Twitter critics, or crazy girls desperate to be your friends. You wrote in silence, dryly, like when you ride the bus with salsa playing at full blast. You weren’t old enough to fuck or vote, but you knew two or three important things. You knew how to conjure up your own absence. You would lock the door to scrawl on a notebook and touch that beautiful genital possession; all of this in order to see what was true and what was not.

There is something painful in dreaming about the awakened body and seeking the truth. It is to become absent from reality, to engage in fervor for a certain formidable and presumptuous nothing. It is the adrenaline of the bored readers or the God-chosen, you tell me.

After laughing with a strip by Liniers that shows Enriqueta imagining a whale in her bathtub–and not just any whale, but Moby Dick–I remembered in an excited burst that when I was a child I would play a game: If I turned around suddenly during shower time, I would find a shark with its jaws wide open sprouting from the wall, with all its bloodthirsty teeth, hungry for me. The point of the exercise, of course, was to imagine it with such resolution that I wanted to run away. I must have been six or seven the first time it happened; since then, I am convinced that the reality within me exists with all its remnants. The other day I read that Rodrigo Rey Rosa said: «I am now convinced that the alleged reality, which does not exist, is a special case of fiction.» I do not know if that is a relief or a penance. Anyhow, in case of any inconveniences, we can do as Leopoldo María Panero: «And every day I will pretend that I exist.»

On a later occasion, I remembered another of my first narrative exercises, thanks to the fact that I was with a boyfriend. It occurred to him, out of nowhere–and I say out of nowhere because we had never talked about it–, in the middle of our amorous intercourse, to play that he raped me. «That’s your fantasy, isn’t it? That someone fucks you hard, that they grab you and rape your pussy.” I didn’t even get mad, please. I actually felt some compassion, because he wanted to look like a bad boy but merely managed to look like a fool. I played along; I was twenty and in love. The important thing, in any case, is that I remembered in an emotional burst that years ago–when I realized that I lived in a world where I could be raped–I always resorted to a daydream where I corrected the danger: I imagined myself as a samurai or a sort of Chuck Norris, and later as Trinity from The Matrix. In my mind, I wrote not just that some day I would have sex, but that I would hurt badly whoever dared to think he could hurt me. In my imagination I was brave and I was safe, I brandished swords and handed out mystical punches. Perhaps the imagination is the only place where we are safe, although it is well known that books can also hurt.

Finally, another of the great narrative habits that forged my existence is that of romantic love. My parents did not give me the best example because those people never loved each other, but ever since I can remember (and perhaps precisely because of their example) I had the impulse to dream of a dazzling relationship that justified–and ended–my life; I owe this to Candy Candy and Francis Ford Coppola’s Dracula. Now, a few months shy of thirty, I appreciate a degree of boredom because it indicates that at least I’m not suffering–which does not mean that I ceased to long for paradise in the parallel world of my artificial solitude. The other day, I read in Horacio Castellanos Moya’s brilliant Tokyo Notebook how the author confesses to dreaming intensely of a certain woman’s pussy. And I said, in the center of the room and with my hands to the sky, that I also dreamed about the penis of a certain man. That is not love, I know, but promises have to start somewhere. Gaston Bachelard said that «we dream before contemplating. Any landscape is a oneiric experience before becoming a conscious spectacle.» In my stories, people fall in love until its ultimate consequences, which makes me feel great envy. Also, when I think of love affairs in Pamuk’s or Nabokov’s novels, I feel that I am dead inside and that I have never loved anyone. But it is good to feel doubtful because that is the mission of literature: that nothing remains sacred, that everything is subjected to the vilest mistrust.

The only thing I’ve done since I can remember is talking to myself. That’s my paranormal phenomenon. It is like praying, at least, to say that these ruins are mine. It happens in the mornings, when I devote myself to seeking strength to get up and not want to be dead, and then I focus on what my heart does, from pumping my blood to making me regret some things I’ve done. Villain sharks, dead rapists or penises in my mouth, all of that is connected by the grace of a dialogue between the fragments of myself.

I imagine a coffin with loose bones, a racket of gunshots and liquor like when a mobster is buried. Literature–its consumption or its exercise, it makes no difference–is a splendorous death, making noise in your wicked crevice, a thousand times beating chains from a place of guilt or resentment. From a place of happiness, who knows. Does it ever happen to you that you wake up in the middle of the night and fail to understand how it’s possible that we have a voice inside of us all the time? To possess something living, dialoguing and gagging, mindful and prophetic, is an evolutionary concession that still amazes me. It is the distance between the birth of a star and a story from the underworld.

* The title is not a reference to La novela luminosa by Mario Levrero, but to Jesús Sanoja Hernández and his «Llueve / llueve hasta quedar ciego el ejercicio luminoso» [«It rains / it rains until the luminous exercise becomes blind.»]