The project started when I was living in Holland. On trains and buses, I would see people with their heads down and then I noticed the phone in their hands. The use of smartphones was just beginning.

I began to see this more and more: in restaurants, on the street, at bus stops and train stations, in bored couples sitting in cafes or groups of teenages… people together, but each one watching her smartphone, searching for something, whatever it may be.

I am attracted to human behavior, and this is a behavior our generation has had the opportunity to observe from its very birth, as it took possession of our day-to-day. I decided to document this phenomenon while it became standard.

By that time, I began to study photography in Amsterdam, which gave me the opportunity and the push to carry out the project. I was inspired by «Mobile Phones,» a series by Martin Parr from the late 1990s and early 2000s, when this technology arrived to stay forever.

I started by photographing groups, couples and individuals. They were so immersed in their phones that they had no idea what was going on around them. However, I did not get too close; I did not want them to feel invaded. Street photography made me a little uncomfortable (and it still does, to a certain extent).

After 2 or 3 months of taking pictures, I had a series. Though I was happy with my exploration, I felt I had still not achieved the impact I wanted. I let the project be for a few months, and returned to it when I went to study in Barcelona.

As I observed the same behavior in a different city, and as I was not content with the previous series, I continued to take pictures on the streets of Barcelona, ​​aimlessly, simply hunting down those moments when people could not resist looking at their phones –whether they were accompanied or alone.

And so it was, until I found the photo that would give final shape to this documentation. What emerged inside that image was a kind of contemporary statue (probably inspired by the work of August Sander and his stoic portraits of German society, Menschen des 20. Jahrhunderts). 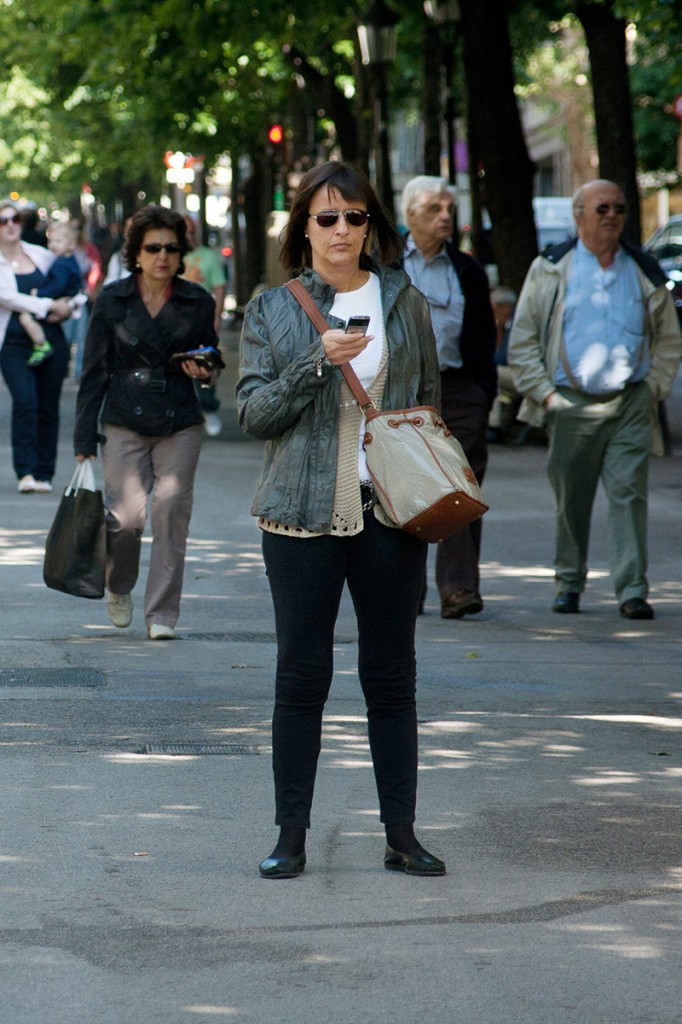 After I found what I wanted, I continued to walk the city. With the passage of time, and excited to have achieved a clear vision, I lost some of my fear of photographing people on the street; I started getting closer. Many people didn’t even notice me, they were so disconnected from their surroundings.

My thinking behind this series, especially in its final form, sought to make a social comment about how phones isolate us from the outside world. We suddenly feel, and are perceived by others, as if nothing was happening around us; it’s just us and the world within our device –where, ironically, we are globally connected. I present how we are seen by the external while we are immersed in our smartphones, as if they were an extension of our limbs and brain. 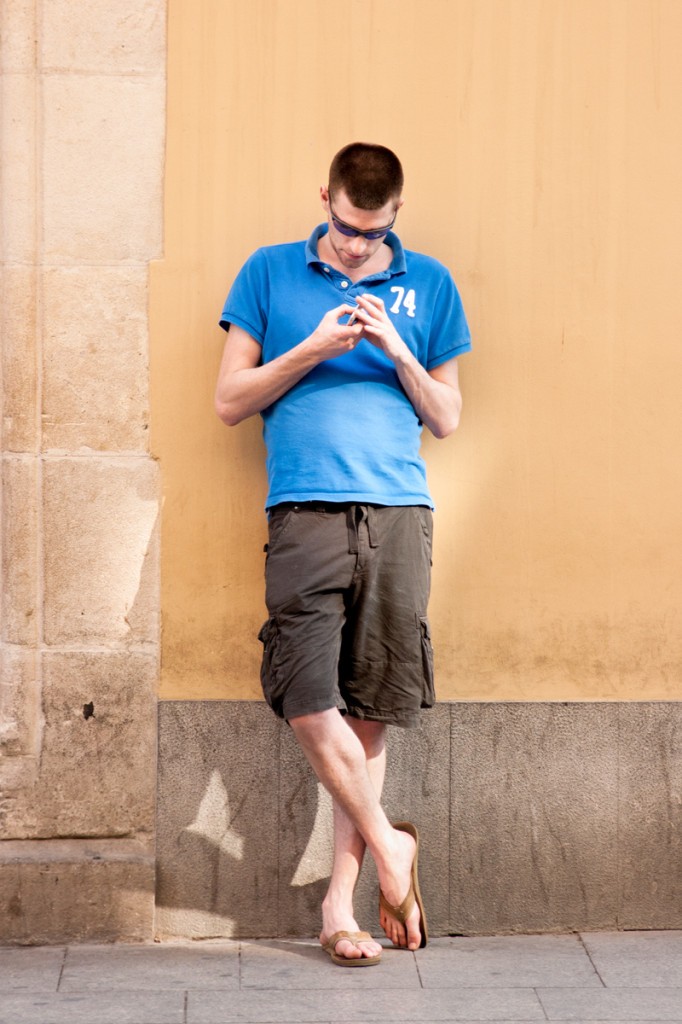 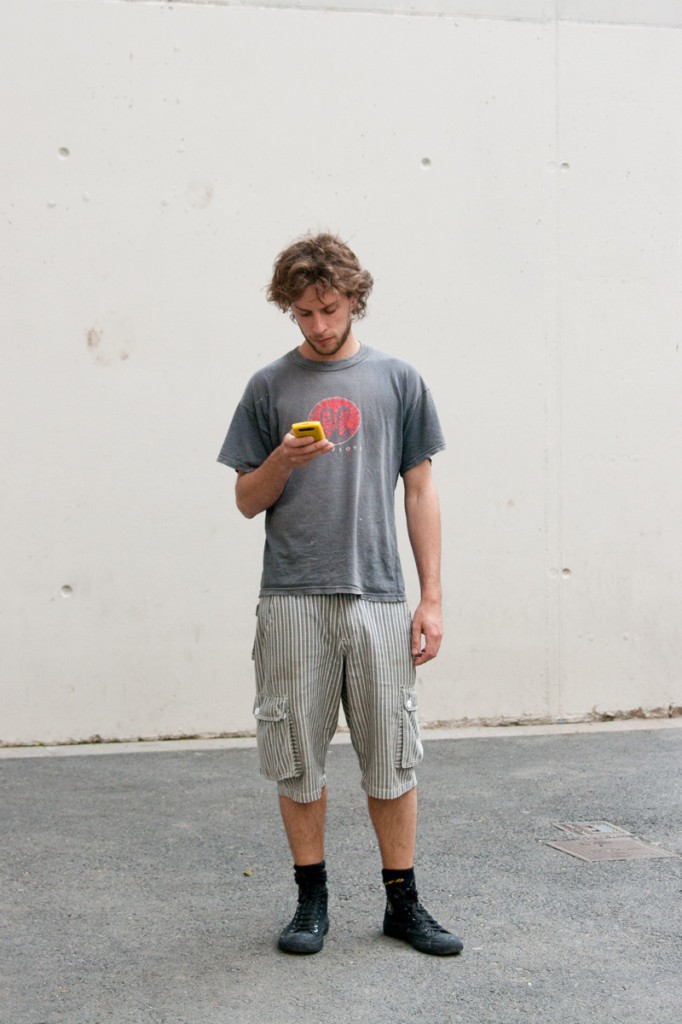 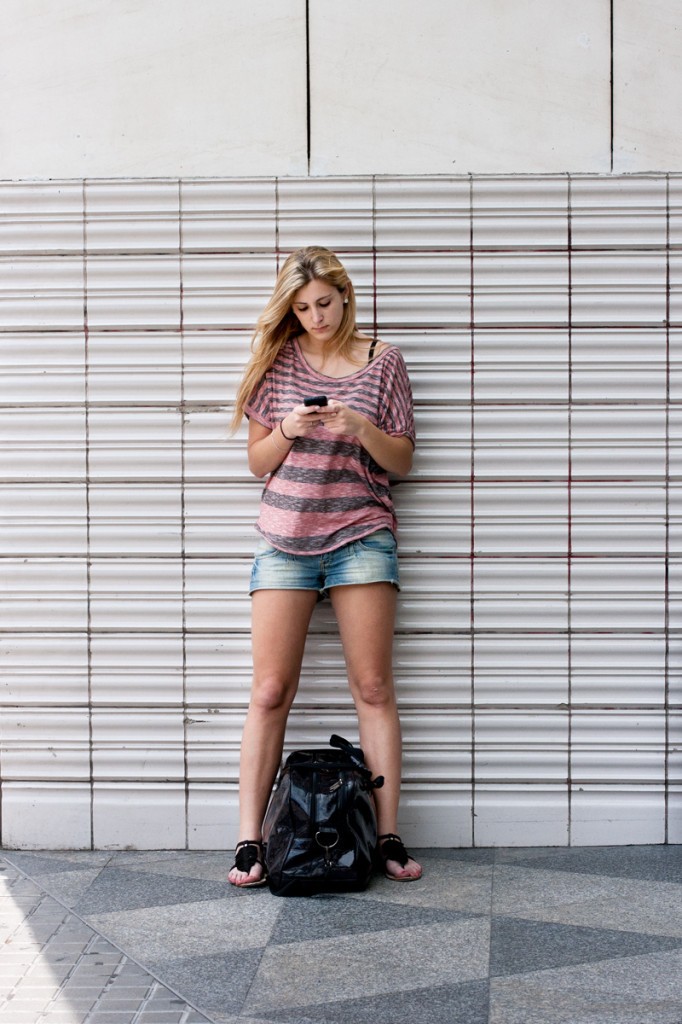 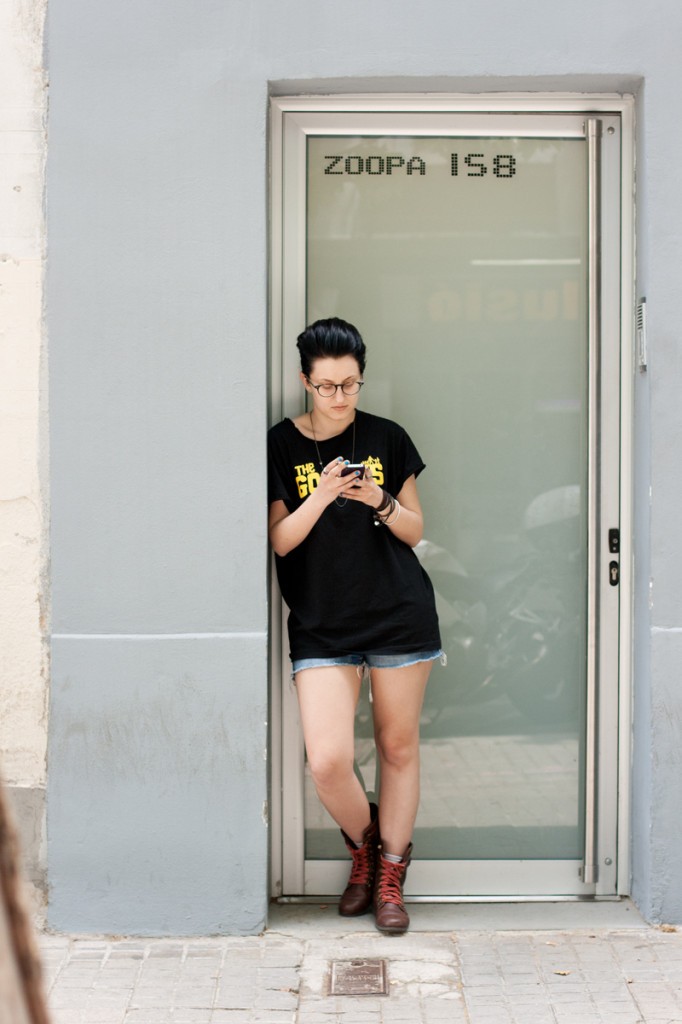 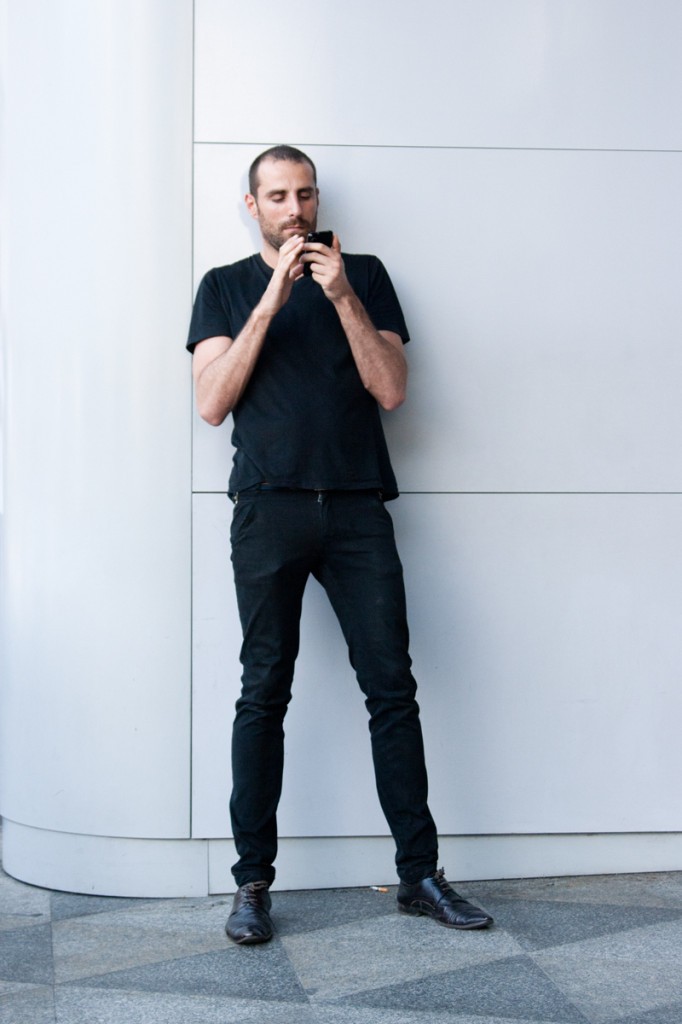 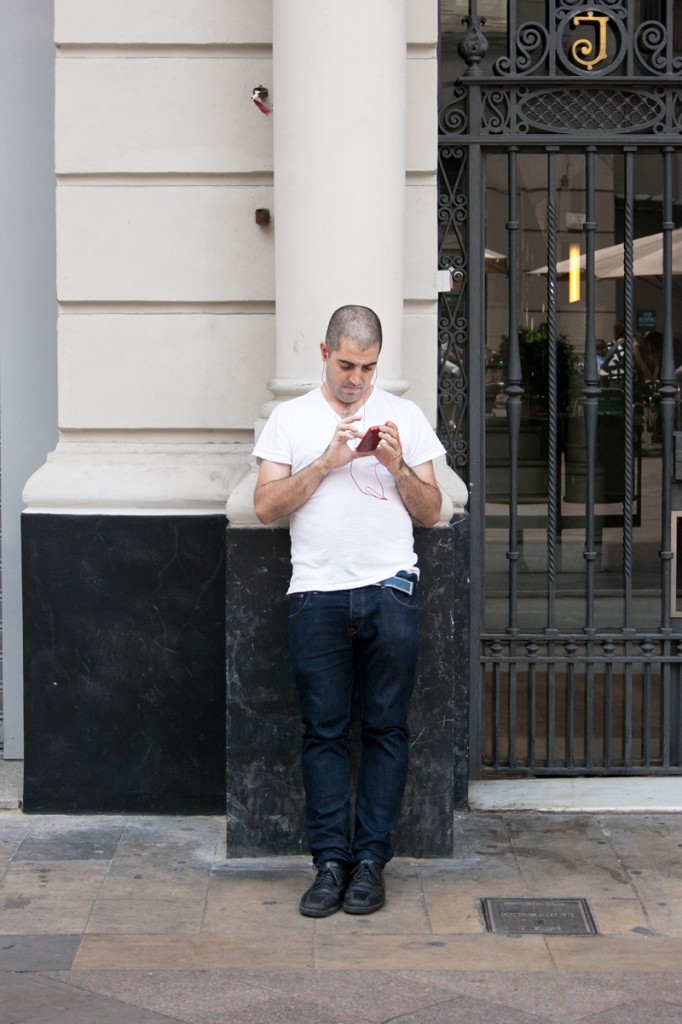 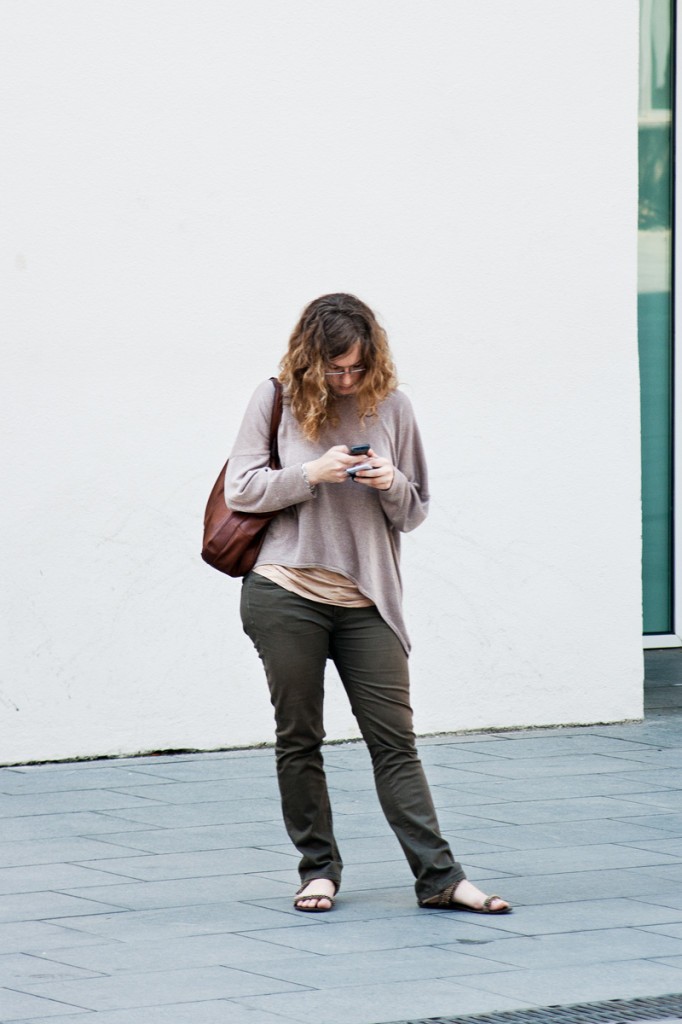 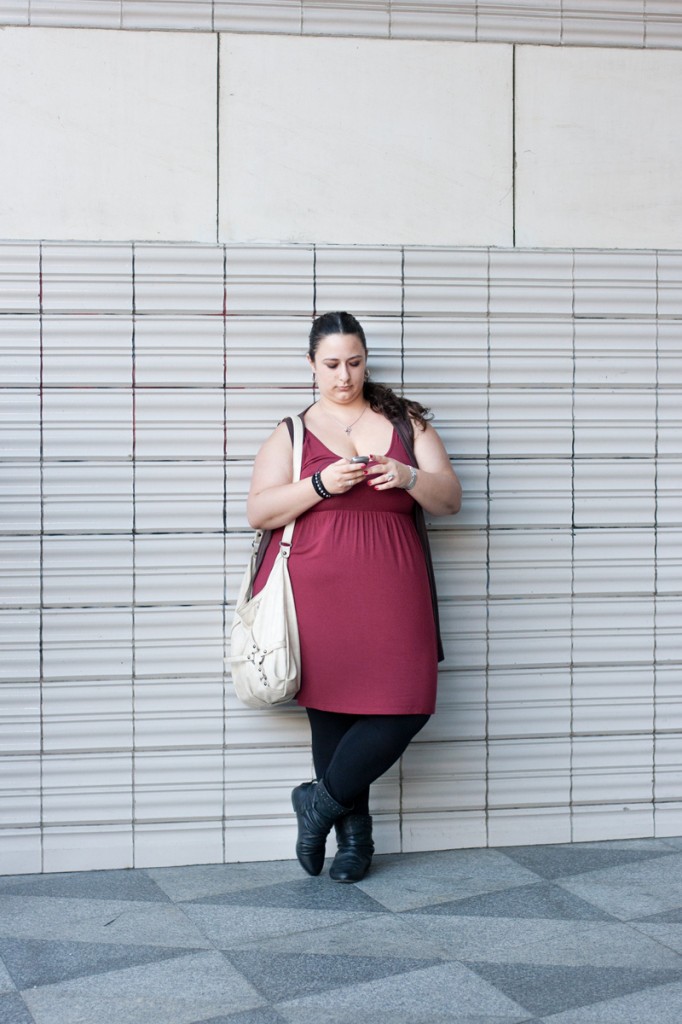 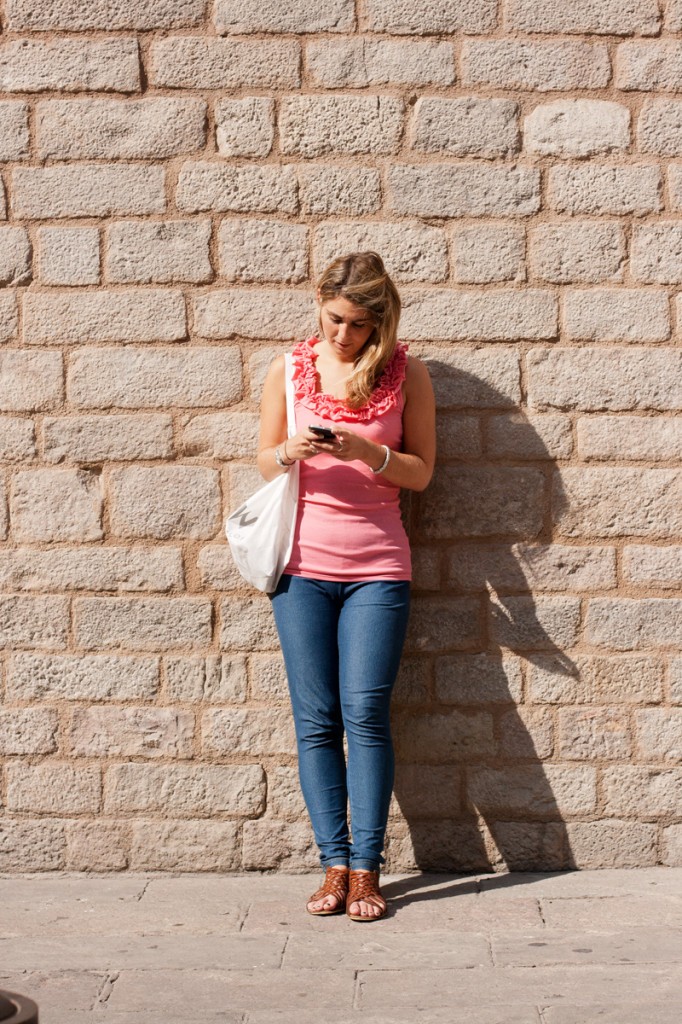 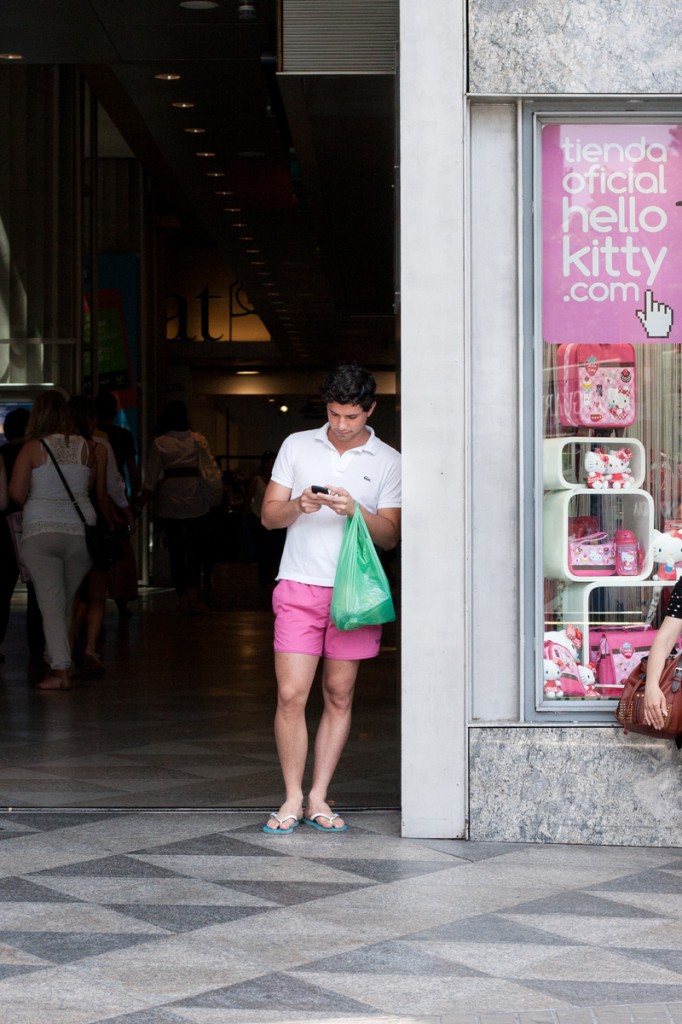 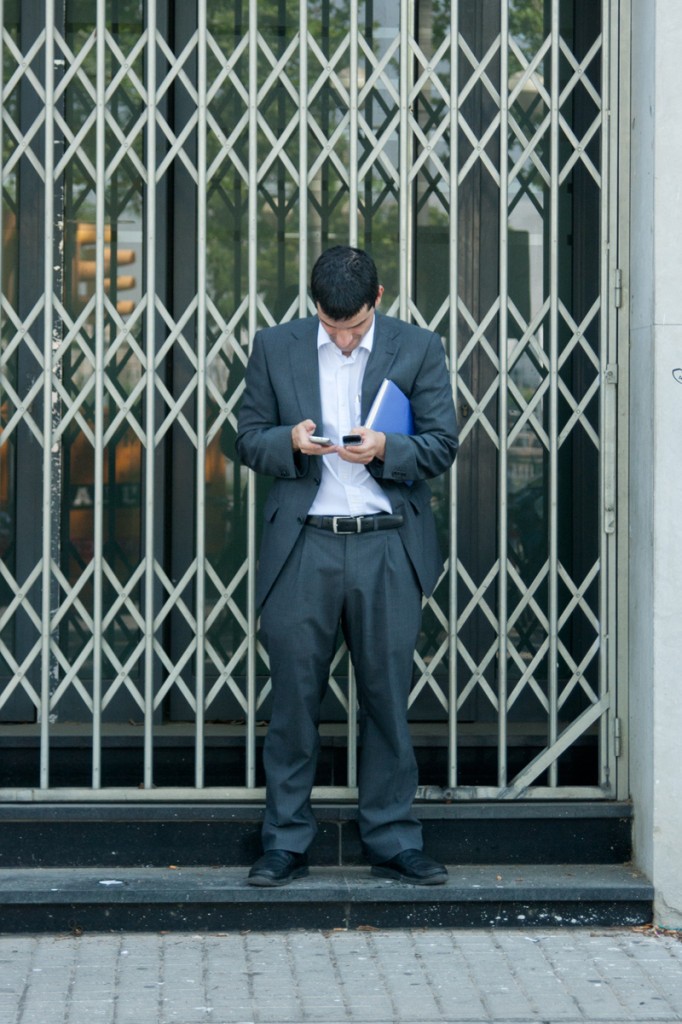 Melissa Núñez was born in Canada and grew up in Maracaibo, Venezuela, where she obtained a Bachelor’s degree in Graphic Design from the La Universidad del Zulia. In 2008, she studied Master’s degree in Editorial Design at the School of Arts in Utrecht, The Netherlands. She then studied photography in Amsterdam at The FotoFactory, and in 2012 at the Escuela Superior de Imagen y Diseño n in Barcelona. She lives in Toronto since July 2012, where she has been working as a photographer and editorial designer.