Voices and Glances from La Dolorita 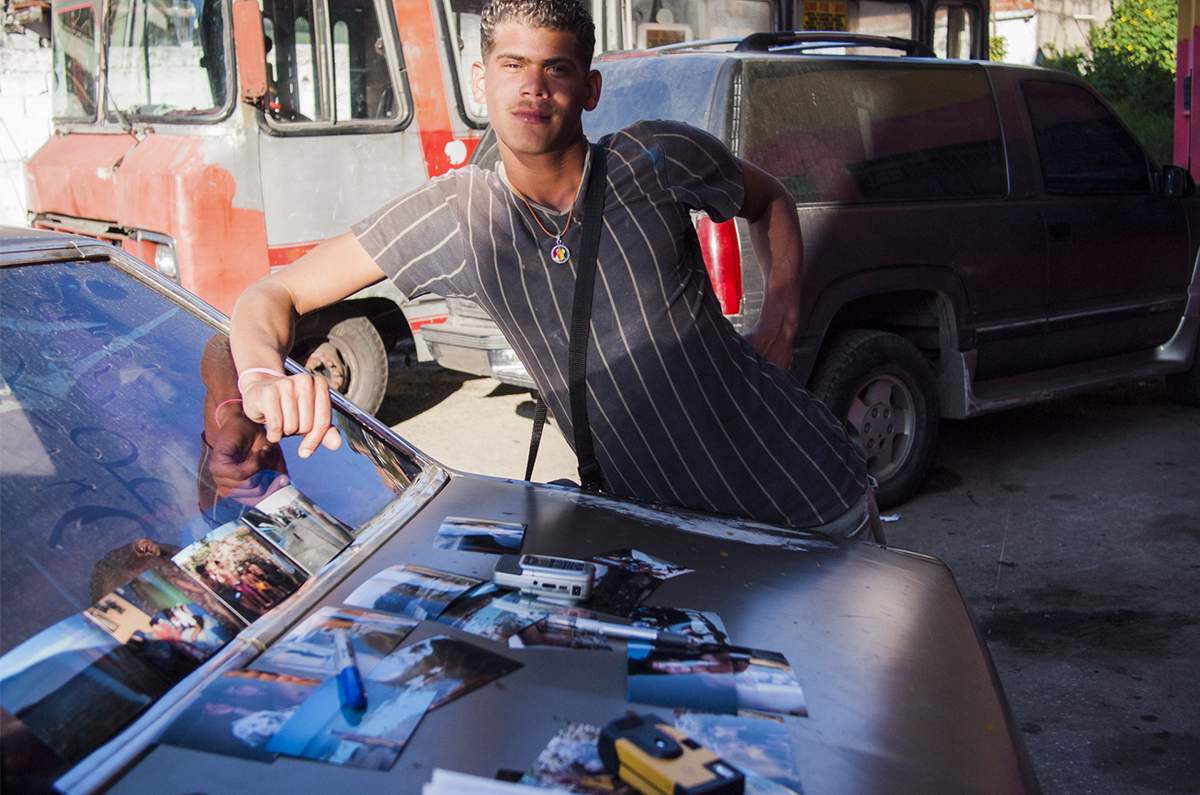 Being and Time is the enigmatic title Heidegger gave to his analysis of human existence. With this title, he warned that only to be woven with time can offer us the possibility of being thrown (as we are) into this world and finding a meaning within it: that which allows us to be under the eyes of another.

In the twentieth century, finiteness and language constitute the house of being. Thus, the existence of man is only significant if it can be narrated, and this involves the anticipation of death because, in anticipating it, man can live life as a project. A life without a narrative is a failed project –the denial, in life, of one’s existence. But does the anticipation of death always make it possible to weave being and time?

The German philosopher’s proposal, though intensely valid as the 21st Century arrives, remains perhaps hermetic and complex. But it becomes close as we encounter the work of Diana Rangel and the boys of La Dolorita neighborhood in Caracas, because it is a work that demonstrates how central narrative acts are to human life.

Diana, then an aspiring psychologist, approached the neighborhood of La Dolorita to study violence in a group of young people who agreed to share their ways of life with her. But the tests or interviews she designed did not provide the optimal mediation: it was the conversation and the idea that photography could intervene as a narrative tool.

We have made a selection of the material that Diana compiles in her blog and her portfolio, so that this space of Echo and Narcissus may receive some of the voices and glances of the encounter. The lives of the participants were changed; all of them narrated their stories, and insignificant acts ––which could be those of contemporary art or those of the new therapeutic practices–– manifested the relationship between the observer and who is only observed.

We present the voices and glances of Diana and Wilkins, the young man most committed to the task.

This is a tribute that Backroom Caracas dedicates to the life of all young people from the neighborhoods of Caracas who die without their time being narrated.

In 2010, I met a band of criminals. I sought, within the framework of my research in clinical psychology, to understand what violence meant to them. 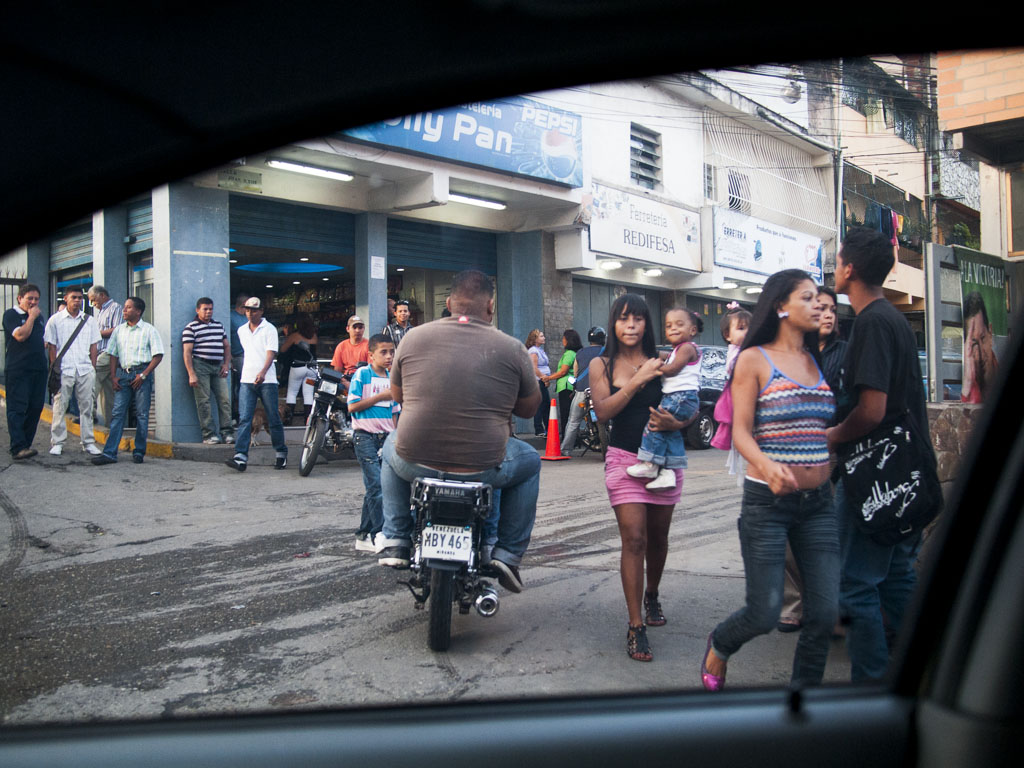 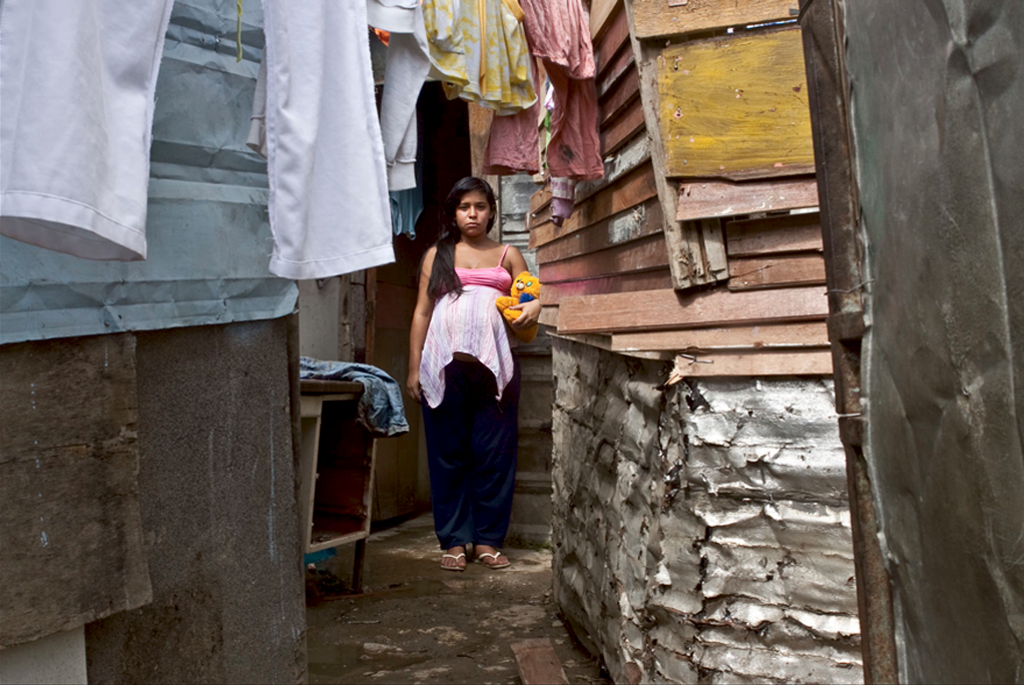 … I gave them disposable cameras to tell stories of their lives, to speak and articulate the “reality” around them, to capture what they considered important. We spent three months telling stories to each other, spreading out prints on the hoods of cars parked in the La Dolorita “Terminal,” laughing. Other times, we cried. 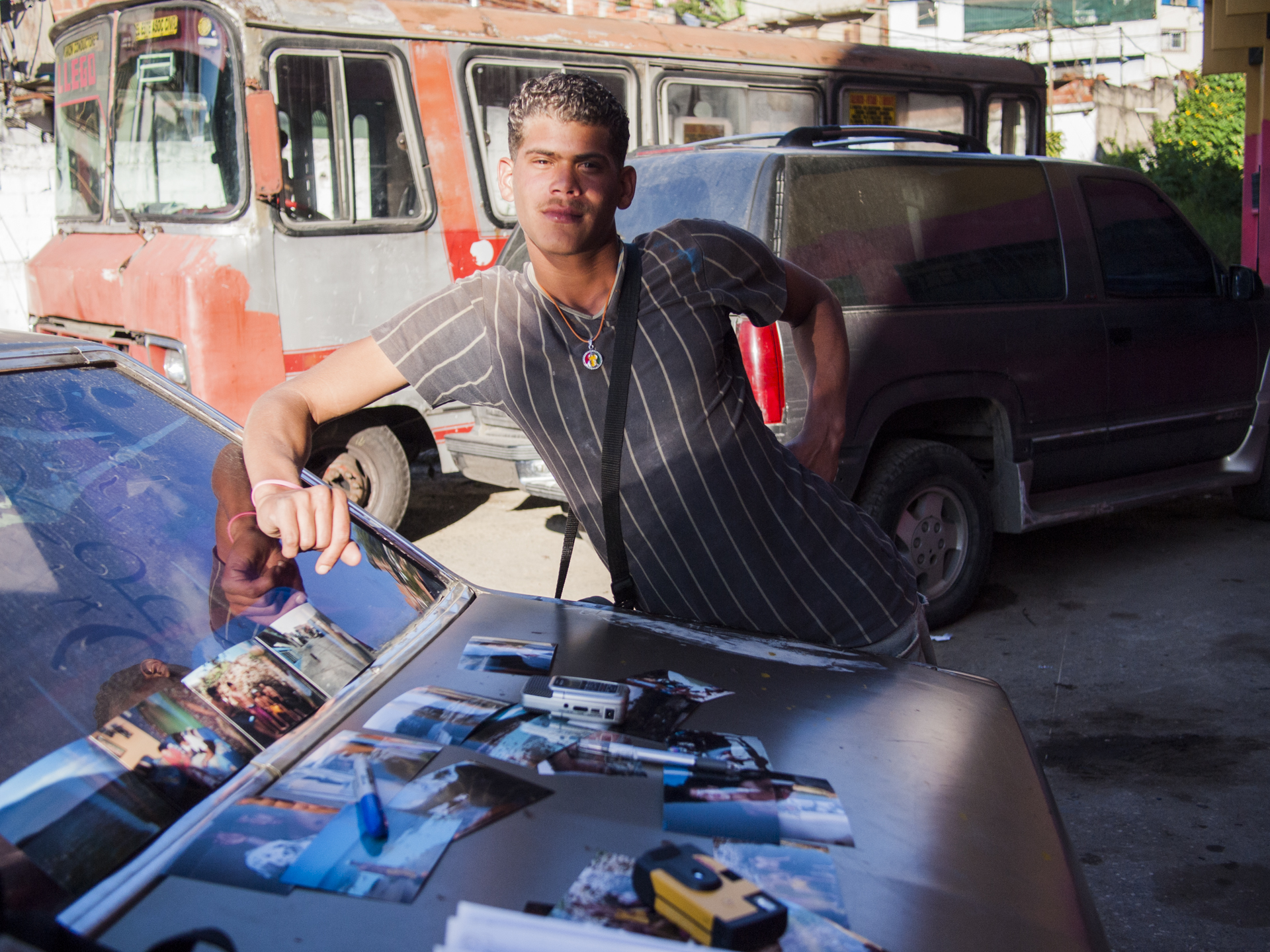 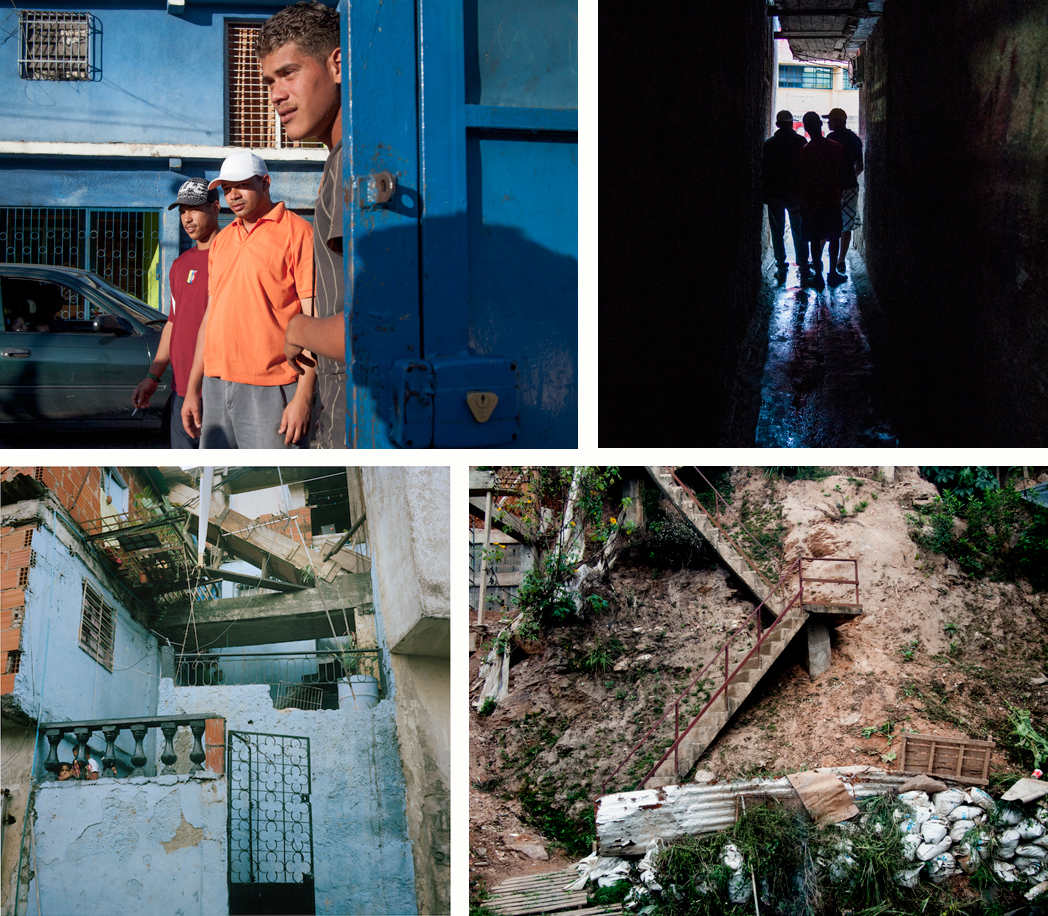 Sometime later many things happened. One of them was killed and another became a murderer. We all hid, and I was scared for two months. When I returned, I was surprised to see they were different: they had changed, they had decided to choose a different course. One of them was a cook, the other a construction worker, the elder one was a security guard. What had made them change? Photography? My visits? 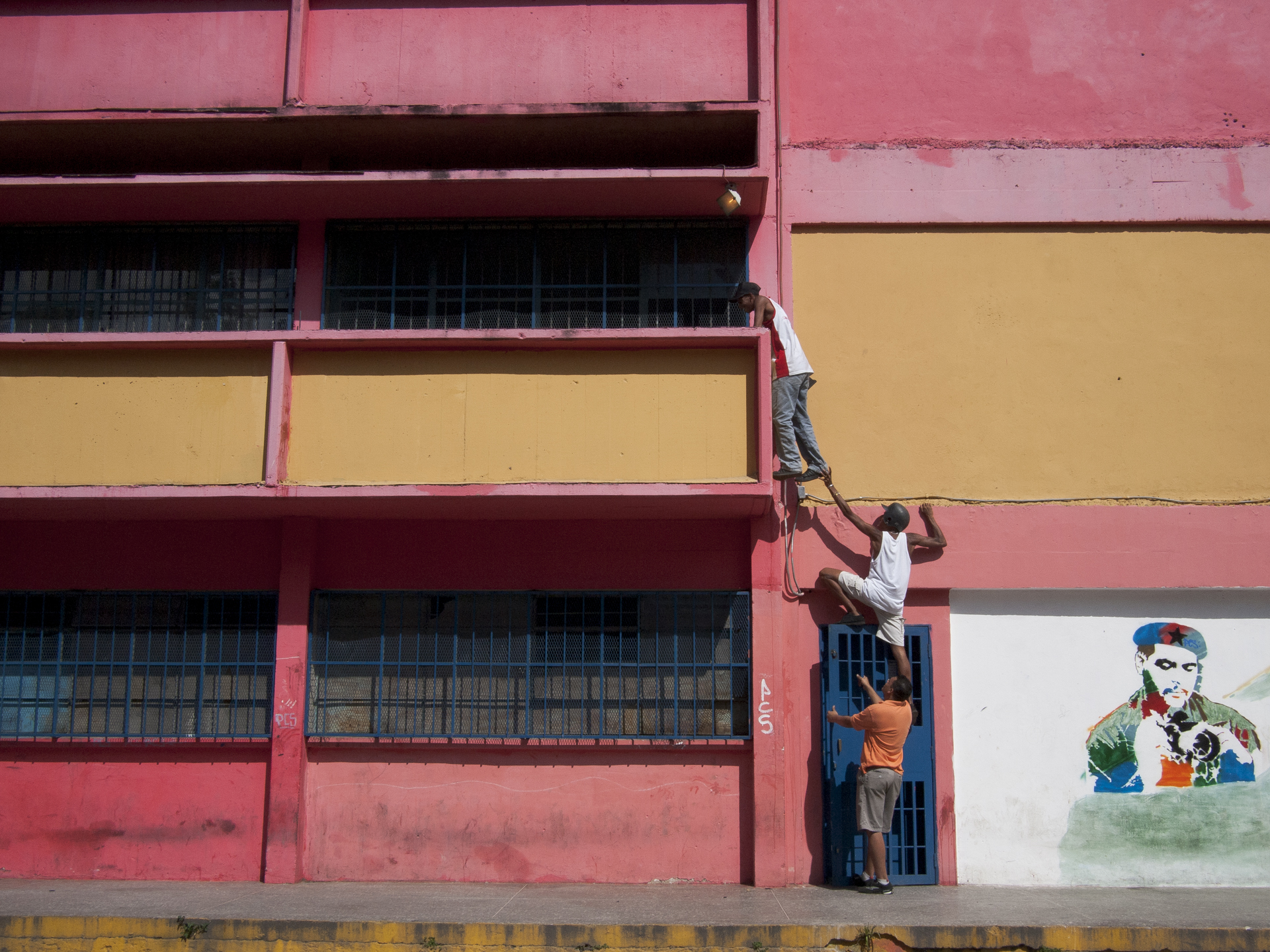 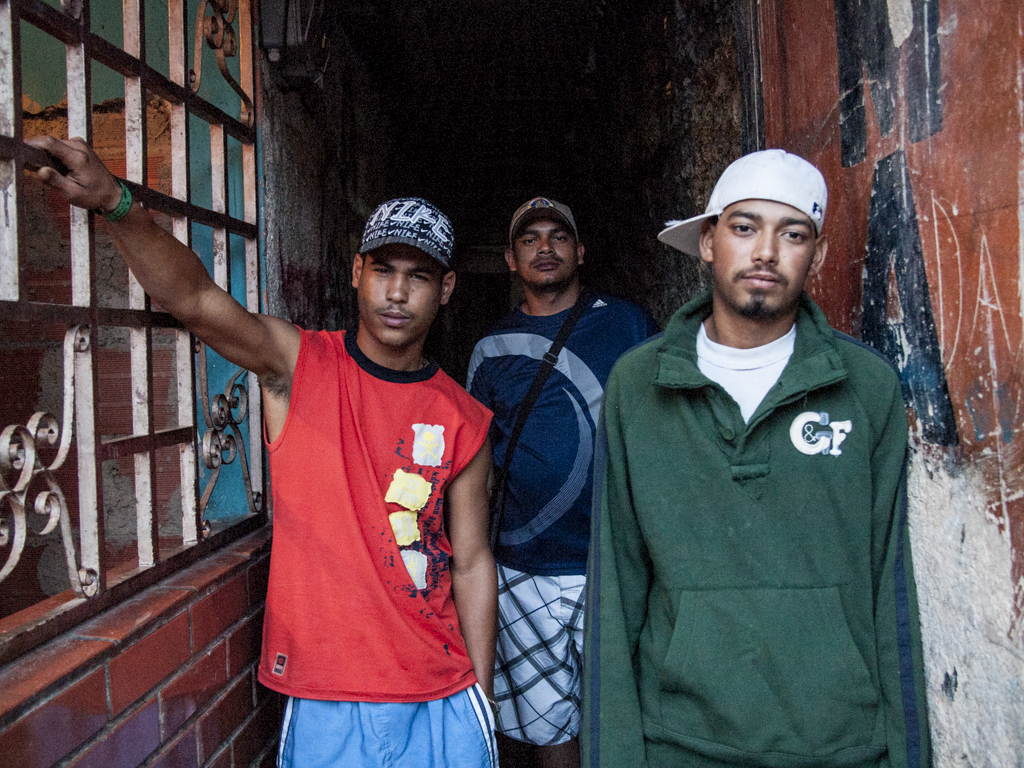 We spoke about masks, codes, dreams, and obstacles. Then we talked about what we were doing right there and then, and they described it thus: “we are shooting without a gun,” “we are doing a project.” There, in that doing, something arose.